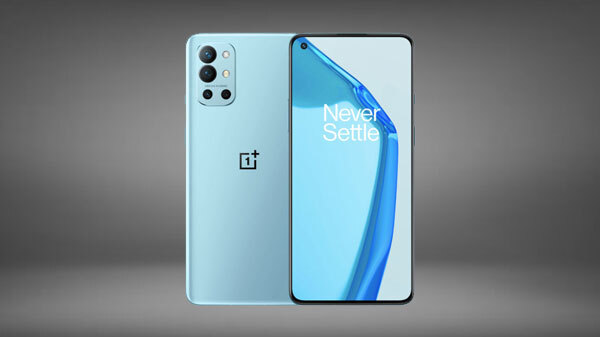 We already know OnePlus is expected to announce an upgraded version of the OnePlus 9R dubbed as the OnePlus 9 RT in select markets. The features and pricing of the handset have already leaked online. Now, it seems the India launch is also around the corner as a OnePlus device was spotted on BIS certification which is speculated to be the OnePlus 9 RT. However, OnePlus has not shared any word about the OnePlus 9 RT.

The info has been shared by tipster Mukul Sharma who spotted the handset with model number MT2111. He only mentions it could be the upcoming OnePlus 9 RT. The BIS listing has not shared any further details about the handset. As far as launch is concerned, the handset is rumored to arrive in October. However, we will have to wait for the official confirmation on the same.

Apart from the upgraded camera system, the processor and display of the upcoming OnePlus 9 RT will be the same as the OnePlus 9R. The smartphone is expected to sport a 6.55-inch FHD+ E3 AMOLED display with 2400×1080pixel resolution, a 120Hz refresh rate, and the Corning Gorilla Glass protection. The same SD870 will handle the processing that is said to be paired with up to 12GB RAM and up to 256GB onboard storage.

The handset will come with a 50MP Sony IMX766 main lens with OIS support that is missing on the OnePlus 9R. Other sensors will include a 16MP Sony IMX481 ultra-wide-angle lens and a 2MP B&W sensor. For selfies, the device will have a 16MP selfie camera placed into a punch-hole cutout.

Other features are said to include an in-display fingerprint sensor, Android 12 OS, a 4,500 mAh battery with 65W charging tech, NFC, Dual stereo speaker setup, and so on.

The OnePlus 9 RT is tipped to come starting at 2,999 yuan (around Rs. 34,300) for the base 8GB+128GB model, making it cheaper than the existing OnePlus 9R. For unaware, the OnePlus 9R is currently selling starting at Rs. 39,999 in India. If the rumors are to be believed, the upcoming OnePlus 9 RT with upgraded camera features can be a good device over the 9R at a cheaper price tag.

A new entry for the Galaxy S21 FE appears on Geekbench: it shows an Exynos-powered variant