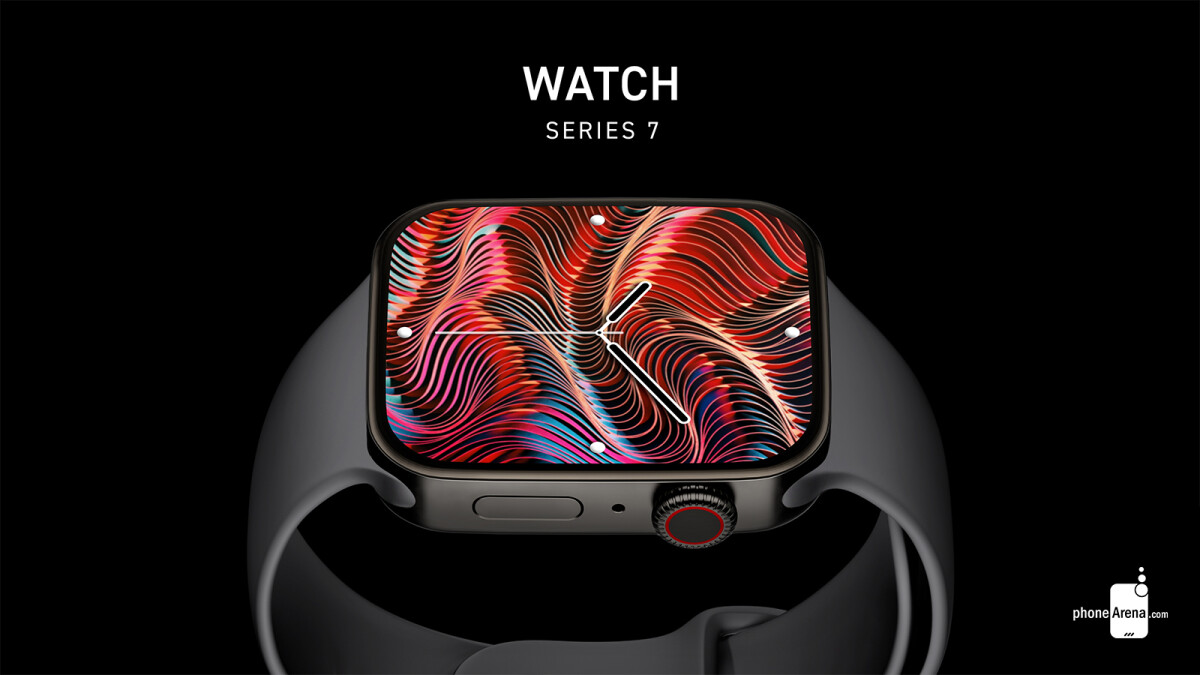 The Apple Watch Series 7 may introduce the biggest design change in the wearable’s 6-year history. Apple’s smartwatch has hasn’t really had a proper redesign yet, leaving aside the slightly bigger display and ever-so-slightly more rounded corners introduced with Series 4.With the next model, we expect that Apple will do something more with the design. And no, we we’re not talking about a completely round Apple Watch Series 7, as that remains as unlikely to happen as it’s ever been (unfortunately).

We are talking about a change in design that will make the Apple Watch Series 7 more consistent with the rest of Apple’s current product portfolio, and that — combined with one or two more minor tweaks — could help the new Apple Watch feel the freshest that it has in a while.

The industry was seemingly moving toward increasingly smoother and rounder designs. Samsung, in particular, was pushing the boundaries of curved screens and otherwise sloping surfaces with its Samsung Galaxy flagship series. However, a couple of years ago, Apple decided to go against the grain and instead start making its products boxier, with flush sides, instead of rounded. A decision no doubt inspired by older generations of iPhones (iPhone 4 and 5 in particular).In 2018, the iPad Pro launched with a flat frame that went well with the bigger screen and thinner, uniform bezels. The iPhone 12 and this year’s Mac Pros continued this trend, launching with flat sides. We think that this cycle will continue with the new Apple Watch Series 7, which is likely next in line to get some bulk shaved off its sides.Flattening the sides of the Apple Watch will make it look more consistent with the other devices in Apple’s lineup and could help the watch’s bezels appear thinner. This effect could be further compounded by the slightly bigger display that’s rumored to come with the Apple Watch Series 7.

New sizes and a bigger display

The Apple Watch Series 7 could come in two new case sizes – 41mm and 45mm. These will substitute the current 40mm and 44mm options that we’ve gotten accustomed to since the Apple Watch Series 4. This 1mm difference in size may not seem like a big deal (and granted, it isn’t), but it lends credibility to another rumor that we’ve been hearing about the Apple Watch Series 7 – the inclusion of a bigger display.Up until the Series 4, Apple Watches came in 38mm and 42mm case sizes. However, with the launch of Series 4, which ushered in a larger display, Apple bumped the case sizes up with 2 mm. If this can be any indication, the new increase in case sizes, albeit seemingly unsubstantial, may be partially in order to accommodate a slightly bigger display (and hopefully – a bigger battery as well).

Recent Apple Watch models have all started at $399 (for the base versions), with the Watch SE being the notable exception with its $279 price tag, though it was marketed as more of a budget offering. Unless Apple really has a surprise in store for us, we’d say that there’s a pretty good chance that the 41mm version of Apple Watch Series 7 will launch for $399, and go up from there for the 45mm version and special editions.

As for when to expect the Series 7, Apple’s annual event is fast approaching. There is no concrete date for this year’s event, but Apple has historically always held it in early-to-mid-September, so we’d expect this year to be no exception. Looking back at how events were scheduled in recent years, the most likely window for the 2021 Apple Special Event is between September 5 and September 20. That’s when we expect the Apple Watch Series 7 to be announced.