Apple’s A15 chipset 62% faster than competition in independent tests 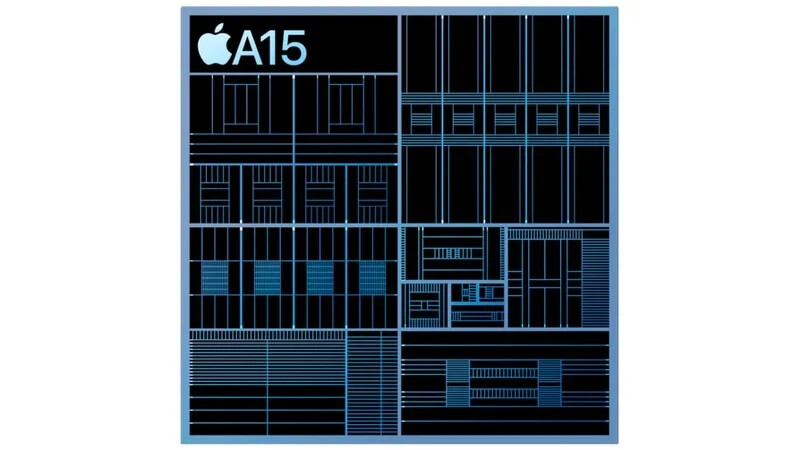 Apple’s A15 chipset 62% faster than competition in independent tests

We all know that Apple makes some really fast SoCs. And the A15 Bionic is no exception. Even though there were some conflicting reports right after the iPhone 13 series was officially unveiled.First, there was a report stating that Apple’s A15 Bionic has no major CPU improvements, minimal gain in transistor density, further reiterating that Apple is stuck and “braindead”. Shortly thereafter, A15 benchmarks showed a 21% CPU performance gain over A14 making the matter even more complicated.

Now we have results from the independent test benches of Anandtech and the numbers are astonishing. It turns out that A15 is not merely 50% faster than the competition – as Apple itself stated during the official presentation – but a whopping 62% faster than the best Qualcomm competitor.“Compared to the competition, the A15 isn’t +50 faster as Apple claims, but rather +62% faster. The performance and efficiency of the A15 E-cores also put to shame the rest of the pack. The extremely competent performance of the 4 efficiency cores alongside the leading performance of the 2 big cores explains the significantly better multi-threaded performance than the 1+3+4 setups of the competition,” reads a part of the detailed report.

There are other interesting numbers in the detailed test run of the A15 Bionic. Remember the 21% CPU gains over the A14? It turns out that this number is more or less correct. Anandtech tested both CPUs with various loads to find “a median performance improvement of +23%” in favor of the A15.

Apple’s vague presentation this year turns out to be a result of the efficiency focus for the A15. This doesn’t mean that the chip is not faster (as we already saw) but that more effort has gone into making the SoC less energy-hungry and improving one key area – battery life. According to Anandtech, Apple has managed to score “massive” gains in efficiency with the new A15 chip.“The efficiency cores of the A15 have also seen massive gains, this time around with Apple mostly investing them back into performance, with the new cores showcasing +23-28% absolute performance improvements, something that isn’t easily identified by popular benchmarking. This large performance increase further helps the SoC improve energy efficiency, and our initial battery life figures of the new 13 series showcase that the chip has a very large part into the vastly longer longevity of the new devices.”

It’s not all roses and unicorns

Even though this detailed dissection of the A15 Bionic shows how fast and efficient Apple SoCs still are, there are some problematic areas. One of them is thermal design. The new PCB used in the iPhone 13 series turns out to be even more cramped than the one seen in the previous models.

This leads to a reduced ability to dissipate heat and thermal throttling under load. “Apple’s overall iPhone thermal design is definitely amongst the worst out there, as it doesn’t do a good job of spreading the heat throughout the body of the phone, achieving a SoC thermal envelope that’s far smaller than the actual device thermal envelope,” writes Anandtech in the report.

The good thing is that Apple’s A15 is so much faster than the competition that even after thermal throttling it’s still better than its competitors. “The new iPhones, even with their somewhat limited thermal capacity, are still vastly faster and give out a better gaming experience than competitive phones,” read that part of the report.

The results from Anandtech aren’t surprising in the slightest. You can check our detailed reviews and see how iPhone 13 devices fared in the performance tests. And going for efficiency in the A15 is the right call, we think. The A14 Bionic was and still is plenty fast, what people want is better battery life. So kudos to Apple for addressing that in the new iPhone 13 line. The battery life is better indeed.

HUAWEI launches MateBook 16, its first high-performance notebook made for professionals