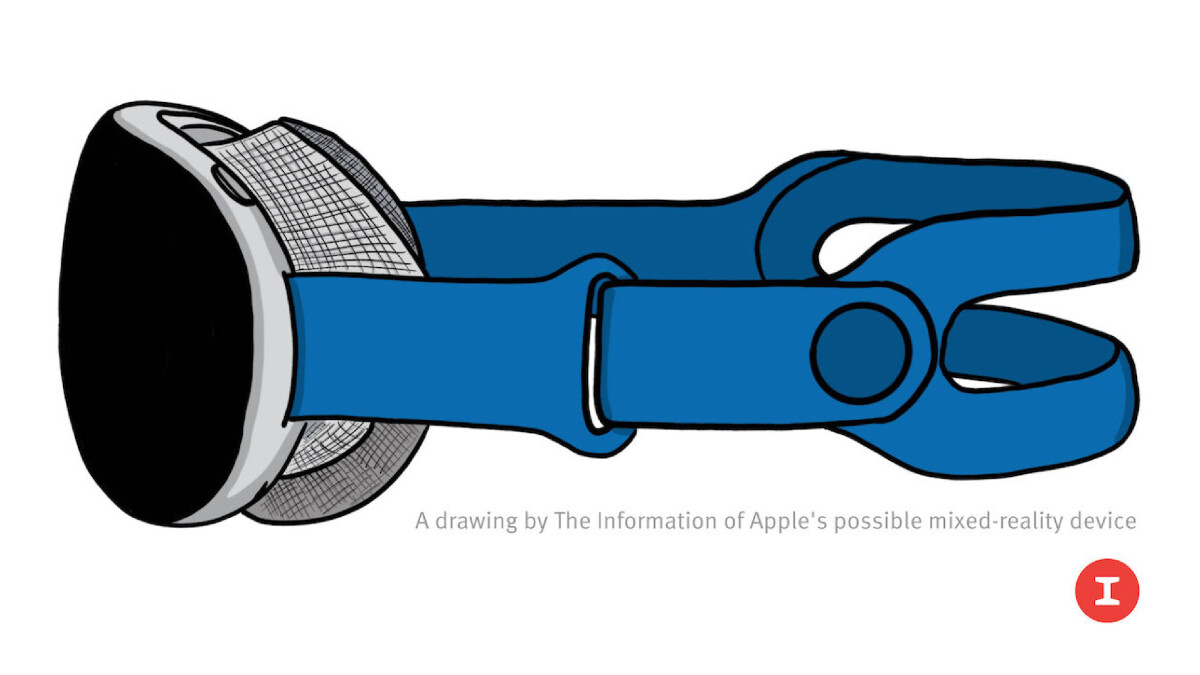 Apple AR/VR headset sketch based on images of prototypes

Apple could unveil its first AR/VR headset as soon as next summer. Unfortunately, we don’t currently know much about the device, but a new report sheds some light on Apple’s plans for the mixed reality device.

Apple’s upcoming headset will work in the same manner as Wi-Fi-only versions of the Apple Watch, according to The Information. That means it’ll need to be connected wirelessly to an iPhone or another Apple device to work as intended.The Silicon Valley-based company recently completed the development of a new 5-nanometer chipset designed specifically for the mixed reality headset, so the iPhone connection requirement is built-in by design.Development on two other chipsets has reportedly been completed too, while the physical design of the AR/VR product is also finalized. The coming months are to be dedicated to trial production and further testing.

To maximize battery life, the headset’s custom chipset won’t be as powerful as those found inside recent Mac, iPad, and iPhone models. It instead focuses on power efficiency, wireless data transmission, and compressing and decompressing video.As part of its efforts to limit chipset’s draw on the battery, though, Apple has removed its custom neural engine — a common component in recent products that helps with AI and machine learning capabilities.

The original Apple Watch followed a similar strategy, handing off many tasks to the iPhone. But in recent years Apple has given its smartwatch more capabilities, and the same will probably happen with subsequent AR/VR headset generations.

Nevertheless, it’s worth noting that the upcoming device does still include a dedicated CPU and GPU, so it should be able to perform basic tasks even without being connected to another Apple device.

An announcement could happen as soon as WWDC 2022

Long-time Apple partner TSMC has been tasked with manufacturing the dedicated chipset. Mass production is said to be at least a year away, though, so the headset won’t be hitting shelves anytime soon.

That timeline should give the supplier plenty of time to solve any issues with other components — Apple has reportedly chosen an “unusually large” image sensor which isn’t the easiest to manufacture.

The efforts should be worth it, though. Today’s report says the image sensor is designed to capture high-resolution image data from the user’s surroundings, which will then be used to enable the rumored AR capabilities.

As for when Apple’s first AR/VR headset will be announced and released, the latest information would suggest that Apple could introduce the device at next year’s WWDC event in June.

Considering TSMC’s reported production timeline, the public release could take place towards the end of 2022 or at some point in the first quarter of 2023. As for Apple’s sleeker AR glasses, those aren’t meant to debut until 2025.