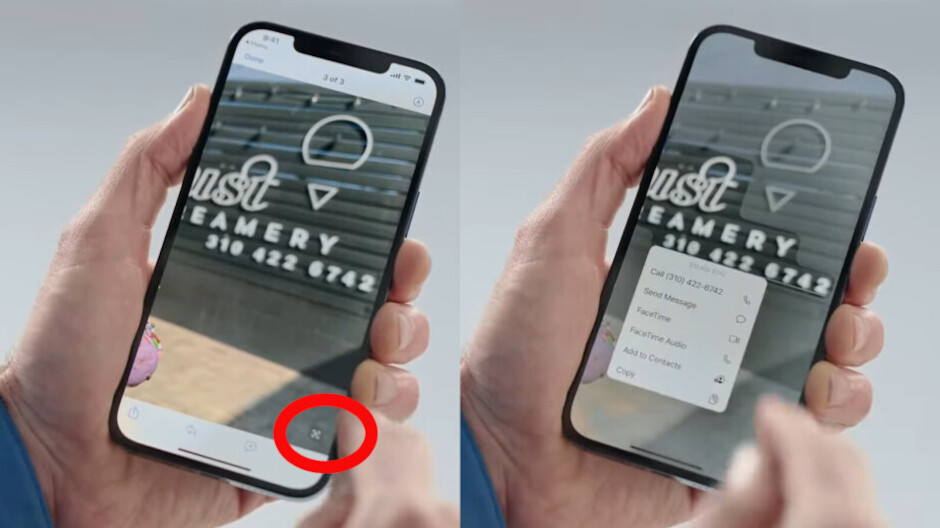 Live Text is one of the best new features that Apple added on iOS 15 and with it, users can take a phone number captured on a sign that was photographed, and call that number. Or if that sign contains an email address, it can be used to send an electronic letter. Even a book or a note printed in a foreign language can be useful since with Live Text it can be translated.
The beauty of the feature is that you can use Live Text not only from your camera roll, but also straight from the camera app by pointing the camera at a sign or a menu, or anything else containing information that can be used with Live Text. This would include email addresses, phone numbers, and more; tapping on the Live Text icon is the first step toward unlocking this data and using it.
But it also appears as though there is another other use for Live Text that Apple might not have considered when developing it. A TikTok video that went viral (via Mashable) shows a student sitting in class using the Live Text feature to copy and digitize a classmate’s notes. The TikTok video was subsequently posted on Twitter by Juan Buis, a French tech writer. Describing the video, Buis wrote, “students are starting to steal each other’s notes with iOS 15 and it’s… kind of genius.”

students are starting to steal each other’s notes with iOS 15 and it’s… kind of genius pic.twitter.com/klE992DuBn

Why sit in class taking notes when you can drift in and out of a pleasant daydream while stealing a classmate’s notes. Just make sure that the student your taking the notes from has good grades. Well, at least better grades than you. Remember, it’s better to work smart than work hard!