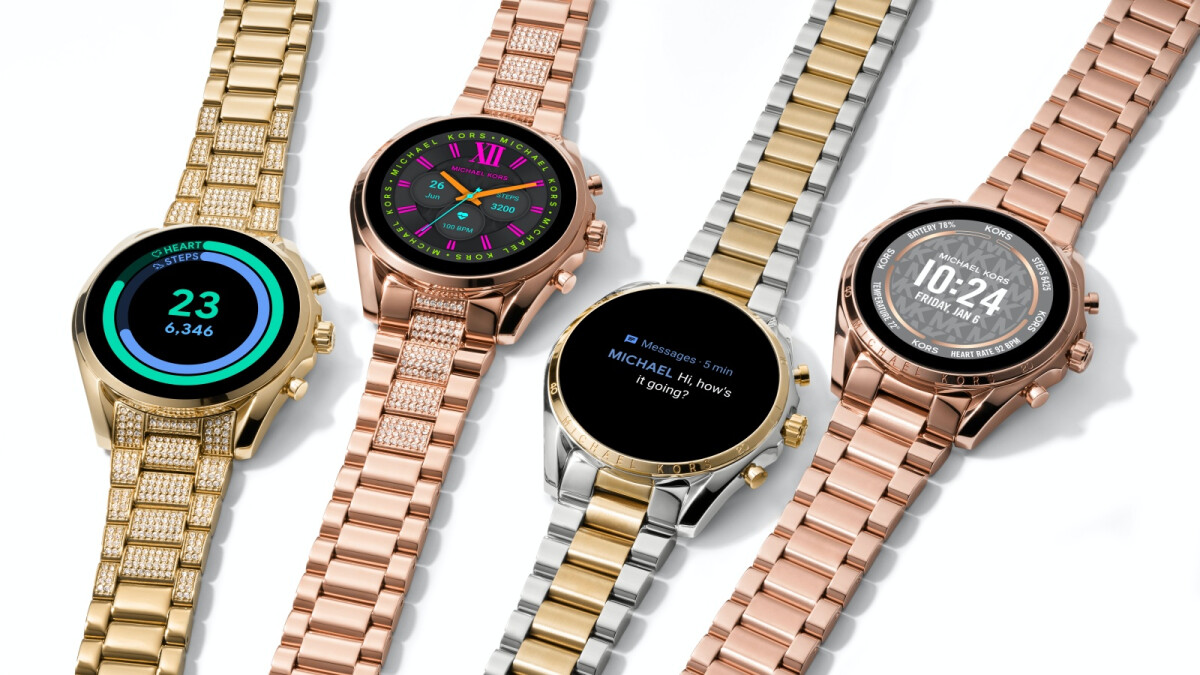 If you’re the least bit familiar with the Fossil Group’s work in the extremely crowded and incredibly competitive smartwatch space, you shouldn’t be shocked to see the Michael Kors Access Gen 6 lineup unveiled at the same time as the fashion group’s own-brand Gen 6 roster.Compared to the Fossil Gen 6 family, this collection of absolutely beautiful Android and iOS-compatible intelligent timepieces is slightly costlier, starting at $350 and going up to $425 for the four Bradshaw styles initially available stateside.

If history is any indication, the Michael Kors Access Gen 6 will be eventually released in other flavors as well, carrying fancy names like Lexington, Runway, Sofie, or Darci.

We can also expect the US-based Fossil Group to use the Gen 6 hardware for devices sold under various other brands like Skagen, Diesel, Emporio Armani, Puma, and Kate Spade New York further down the line, but for the time being, let’s take a look at what the latest Michael Kors Access has going for it.

Unsurprisingly, the specifications are pretty much identical to those of the Fossil Gen 6, including a 44mm case made from robust stainless steel, a sharp “full round” 1.28-inch AMOLED touchscreen with a 326 ppi (pixel per inch) density, 8 gigs of internal storage, Bluetooth 5 support, and standalone GPS connectivity.

In terms of built-in sensors and health tools, the upgraded Wear OS-based beauts don’t seem to have what it takes to challenge the best smartwatches available today, lacking crucial things like an ECG or blood pressure monitor while being at least able to keep an eye on your heart rate, sleep quality, and perhaps more importantly, blood oxygen saturation.

Powered by Qualcomm’s new Snapdragon Wear 4100+ processor, this bad boy will undoubtedly be faster than all of its forerunners while promising to last anywhere between 1 and “3+ days” on a single charge (depending on your “usage mode”) and impressively getting from 0 to 80 percent battery capacity in just a little over half an hour.

Unfortunately, much like the Fossil Gen 6, the Michael Kors Access Gen 6 will not come with the latest Wear OS build out the box, and ominously enough, the company doesn’t mention anything about an over-the-air software update arriving next year.

Then again, we’re fairly certain most Michael Kors fans are primarily interested in eye-catching stuff like stainless steel bracelets and “sparkling pavé” accents, caring a lot less about smartwatch software and hardware than, say, hardcore Samsung or Apple enthusiasts out there.

Billed as the “perfect combination of brains and beauty”, the Michael Kors Access Gen 6 collection certainly doesn’t include the worst wearable devices you can buy for $350 or around $400, so if you like their styles, you might as well embrace your choice.

Realme Pad to be powered by MediaTek Helio G80