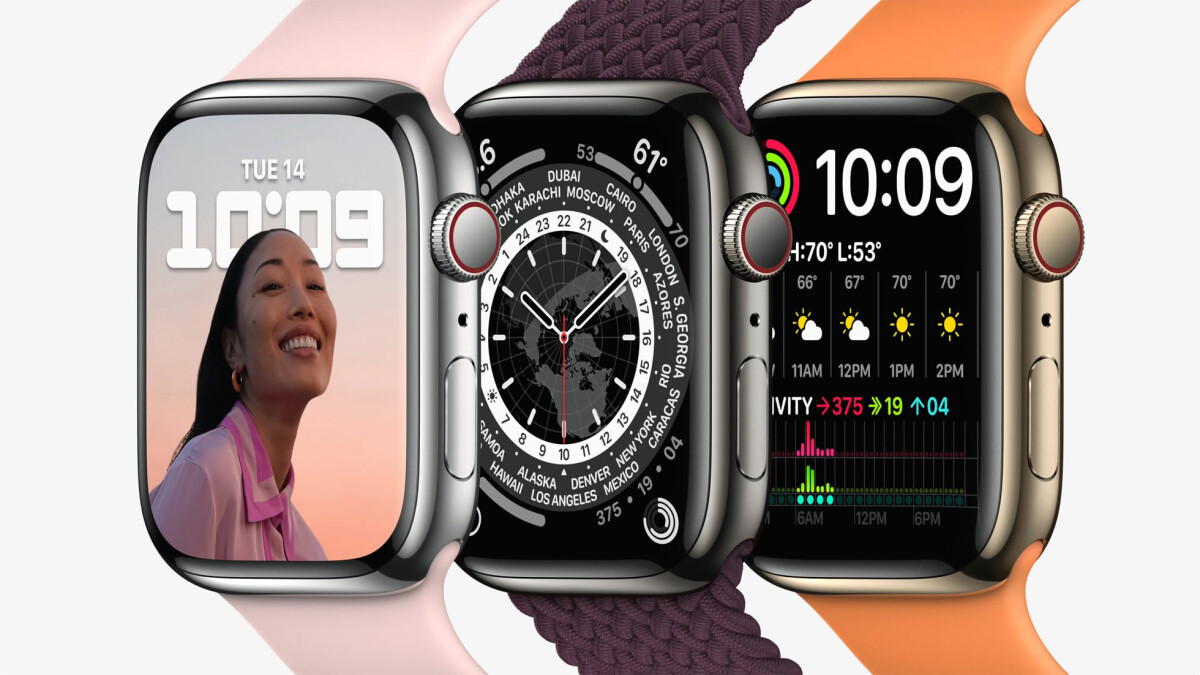 The Apple Watch Series 7 was announced on September 14 and while Apple didn’t initially reveal any pre-order and release dates, it was recently announced that the Apple Watch Series 7 will be able to pre-order beginning Friday, October 8, at 5 a.m. PDT and available in stores starting Friday, October 15. Customers from Australia, Canada, China, France, Germany, India, Japan, Mexico, Russia, South Korea, the UAE, the UK and more than 50 other countries and regions will be able to pre-order the new watch.
What are some of the best possible Apple Watch 7 pre-order deals? As we’re nearing the official release of the wearable, more and more outlets will likely try to have you as a customer and entice you with neat pre-order bonuses and promotions that will have you buy an Apple Watch Series 7 through them. And it’s a win-win situation, especially if you’re willing to upgrade to the latest Apple Watch, especially if you’re coming from an earlier generation of the wearable.

Apple Watch Series 7: Where should I buy one?

Thanks to Apple’s redesigned online store, customizing and ordering your Apple Watch Series 7 on the Apple Store should be easier than ever. Apple also allows you to easily pick your preferred case and band for a unique look that will look splendid on your wrist. Indeed, the customizability is the main reason one would order an Apple Watch 7 directly through Apple. Another major reason to consider pre-ordering your wearable is that certain watch bands, like the Solo Loop and the Braided Solo Loop ones, are only available through the Apple Store.

Aside from getting the Apple Watch straight from Apple, potential buyers would most certainly be able to purchase the new smartwatch on Amazon, Walmart, Target, and Best Buy. After all, these are some of the most popular retailers in the US, and selling the latest version of the most popular smartwatch is definitely each retailer will be striving for.

Apple Watch Series 7: When will it be available for pre-order?

Apple Watch Series 7: How much does it cost?

The Apple Watch Series 7 starts at $399 for the regular Wi-Fi version, but the pricing for the other versions is yet to be revealed by Apple. That’s similar to the Apple Watch 6 and 5 starting prices, which creates a nice synergy between the different generations, allowing potential buyers and fans of the Apple Watch line to expect what they’re going to spend on the Apple Watch each and every year.

There are a couple of official pre-order deals on the new Apple Watch already. It’s highly probably that these will rise in numbers as soon as the Apple Watch hits the shelves of all retailers that will be selling it, with the most popular ones being Amazon, Walmart, Target, and Best Buy.

The first Apple Watch Series 7 deal on the Apple Store slashes $100 off its price as soon as you activate the LTE model on T-Mobile, Verizon, or Sprint. That’s a serious discount given the $399 starting price of the wearable, though the LTE version of the wearable will definitely be slightly more expensive. Still, a notable deal if you’re already considering getting Apple’s wildly popular smartwatch.

The other official pre-order deal will net you credit towards the Apple Watch Series 7 as soon as you trade in an eligible device. Newer devices usually net you higher credit.

So far, we haven’t seen any other lucrative pre-order deals on the Apple Watch Series 7 on any other retailers that will be selling it. As soon as the latest Apple Watch is available, though, this will most likely change.

When it comes to colors, the Apple Watch comes with five new colors for the aluminum version – Midnight, Starlight, Green, Blue, and (PRODUCT)RED. The stainless steel version of the Apple Watch will be available in Silver, Graphite, and Gold. There are a couple of new Apple Watch watchfaces as well, and those make use of the dramatically larger display to draw focus on this highlight of the Apple Watch.

Apple Watch Series 7: Should you buy the newest Apple Watch?

Should you buy the latest Apple Watch? As usual, with a new version of a wildly popular device, many will probably be asking themselves if they should splurge on the newest version. The Apple Watch 7 is undoubtedly a neat smartwatch in itself, but is it imperative for those using older Apple Watch versions like the Apple Watch 6 or 5 to upgrade? Probably not, especially if the dramatically larger screen size is not important.

However, those using older versions of the Apple Watch, like Apple Watch Series 4 or earlier, might probably be enticed by the new watch, and for a good reason – it’s scoring some important improvements in many key areas. A larger display is a great thing to have on your wrist, and while the battery life isn’t better – it’s still capped at a full day – the much faster charging is another great feature to make use of, as it allows you to quickly top up the watch and vastly increase its day-to-day endurance. Overall, the new Apple Watch probably isn’t a must-have upgrade, given that it doesn’t come around with the wildly expected new design, but until that one becomes reality, this smartwatch is as good as it gets.

Google’s Pixel Fold, Watch and some Nest speakers to join the Pixel 6 event