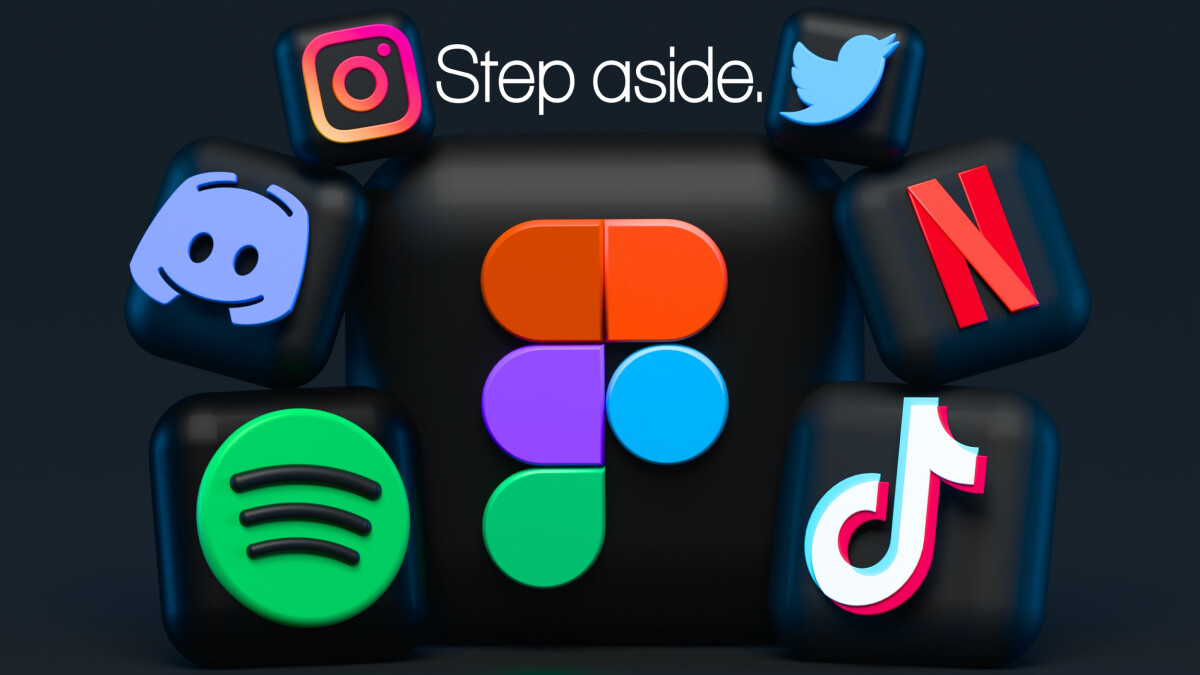 Many say Apple isn’t very active on social media platforms, essentially because the company doesn’t want to open the lane for negative comments. For example, you can see a bunch of these under Apple’s Facebook profile photo, and that’s because people don’t have anywhere else to put them. The company’s YouTube page disables comments for videos, but allows likes/dislikes, and all in all, it almost feels like Apple has Twitter and Facebook accounts just because.If we think about it, Apple is like that control freak partner, who wants to pull the strings, so that might be another reason for their lack of social media activity. The iPhone is an epitome of that – everything from the hardware to software is designed and controlled by Apple, and how can you argue against that? It’s what allows your 5+ years of software updates, for example.

But what if Apple got on the other side of social media? Some might say “the dark side”. What if Apple made a social media platform like Facebook, Twitter, or Instagram?In the mids of Facebook’s meltdown, which naturally dragged WhatsApp and Instagram down too, people scrambled to find other ways to… keep doing what they usually do – chat, share media, and mainly consume, consume, and consume.

To understand the opportunity on the table when something like that happens, we need to look at Twitter – the biggest platform that welcomed “literally everyone” within two hours of Facebook-owned apps going down at around 11:40 a.m. ET on Monday.

Ironically, Twitter went down for some users due to the insane level of activity after the Facebook outage. Messaging platforms like Telegram and Signal used the opportunity to poke fun at Facebook but also welcome users to their independent platforms with a promise for privacy (that sort of is Apple’s thing). In fact, both Telegram and Signal saw a big hike in new users, with the former reporting 70 million added accounts in just one day!

Millions of new people have joined Signal today and our messaging and calling have been up and running but some people aren’t seeing all of their contacts appear on Signal. We’re working hard to fix this up.

What would an Apple social media platform look like?

So, there’s clearly room for another social media platform on the internet. So, what if Apple picked up the slack instead of smaller fish like Telegram or Signal? What if iMessage went cross-platform and appeared on Google Play?

For starters, if iMessage came to Android, Apple would undoubtedly lose more than it’ll gain. iPhone-exclusives like iMessage, FaceTime, Airdrop, iMovie, or even Mac-exclusives like Final Cut, or Logic, are things that keep people within the bubble. It’s literally why many people get an iPhone.And no, I’m not attaching a negative connotation to “bubble”. It’s what allows Apple to have better control over software, which in return helps getting the long-term updates that everyone loves, bug fixes, security patches, and “magical” things like when you start an iMessage chat on iPhone and finish it on your Mac.

iMessage aside, what would an Apple social media platform look like, anyway? What if it was an Apple-exclusive like iMessage? Or “for everyone” – like Apple Music? It’d be exciting to see Apple’s take on it. I’d imagine privacy would be at the core of the project – as expected, but also functional design. Many say iPhones are easy to use. I’d argue that’s not always true, but I can’t argue with Apple’s sales.

Take iOS 15 and some of its new features. SharePlay is a new function (not out yet), which will allow users to sync while on FaceTime and listen to songs, watch a TV show from AppleTV+ or other streaming services, or share screens to view whatever they want together. All of this will also be possible on Apple’s tv box – Apple TV. You can even watch sports with your friends as if you were in the same room.

So, what if all of that, was part of Apple’s social media platform?

In the end: Apple already has a social media platform, and you are part of it

Regardless, the verdict is that Apple doesn’t like being social, and it doesn’t desperately need social media, either. Yet. there’s definitely an opportunity for a new service out there, specially considering the public’s concern over privacy when it comes to Facebook’s empire. An outage is one thing, but if you are concern about protecting your data, Apple promises exactly that.

Social media, as we know it, is usually an app or a piece of software that you download on your smartphone. But what if I told you Apple already has a “social media platform” and you’re part of it? Think about it – the iPhone, iPad, Mac, and a bunch of other accessories are Apple’s social media! Let me explain…

Is this a walled garden?

Yes, it’s a closed ecosystem, but that way, it’s easier to maintain. Furthermore, Apple doesn’t lean on traditional marketing (assuming social media is also becoming traditional at this point) as much as other companies. That being said, Apple can get away with it, and it does.

iPhones look like any other phone from afar, but if you get a bit closer, you can easily tell an iPhone is an iPhone – the notch that everyone seems to hate but keeps buying; the iconic Apple logo, the weird camera bump. The iPhone can market itself better than any other phone can.

And even if there’s certainly a place for another big platform, it doesn’t look like Apple will be interested. Also, Facebook and Twitter aren’t such an easy target like JBL or Tile, which Apple can easily take on with AirPods and AirTags.