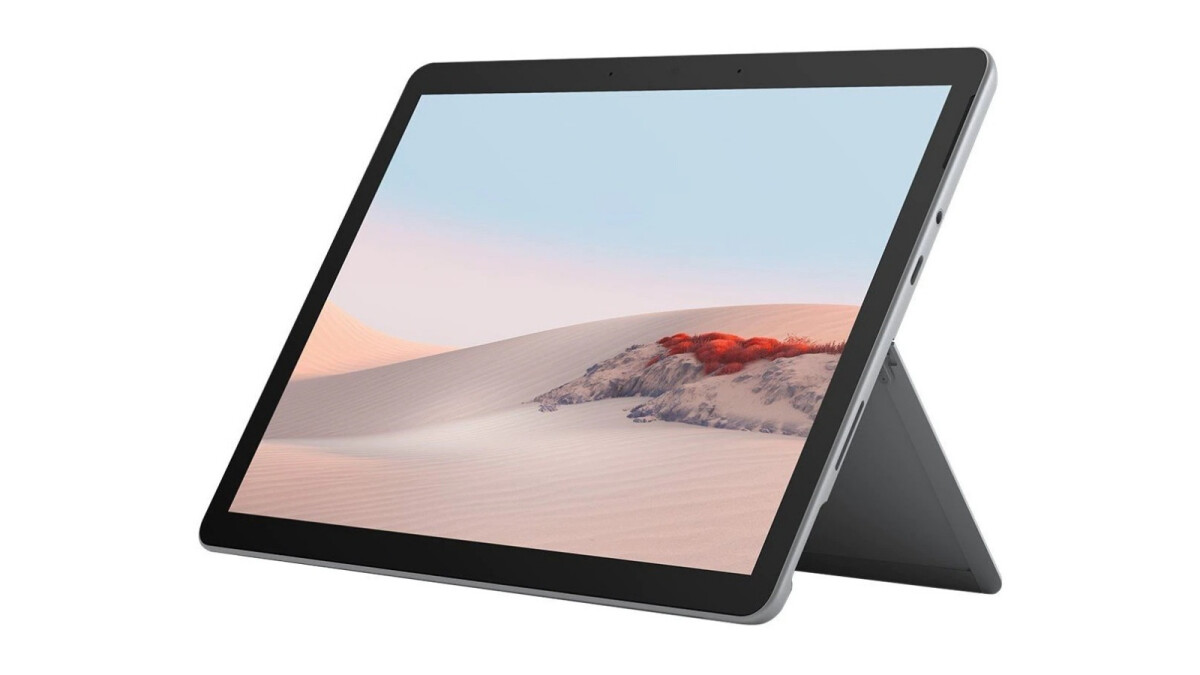 While the second-gen Surface Duo handset is all but guaranteed to capture the spotlight at Microsoft’s big September 22 hardware event, the Redmond-based tech giant is widely expected to have at least one more interesting device on schedule for an official announcement on the same day.

We’re talking about the third edition of the company’s relatively compact Surface Go, a tablet that hasn’t exactly achieved mind-blowing levels of mainstream popularity… just yet. But unlike the Surface RT, Microsoft remains very much committed to this family of affordable Windows 10 slates designed to give Apple’s “regular” iPad and iPad Air a run for their money with a productivity edge.
After expanding the screen size of the OG 10-inch Surface Go last year, the software masterminds behind Windows are reportedly planning to leave the external design of the 10.5-inch Surface Go 2 largely unchanged while unsurprisingly prepping at least one important internal upgrade.
According to some juicy new info unearthed by WinFuture.de (translated here), this year’s Surface Go 3 will come in Intel Pentium Gold and Intel Core i3 configurations. More specifically, the entry-level variant purportedly packs a Pentium Gold 6500Y processor, with the higher-end and costlier model adopting a considerably faster i3-10100Y silicon based on the Amber Lake architecture.
As you might expect, that guarantees the Surface Go 3 will deliver significantly more raw power than its predecessor, especially in the lower-end and lower-cost version, which sounds like a huge leap forward from a $400 Wi-Fi-only device with an Intel Pentium Gold 4425Y chip inside.

Knowing Microsoft, that base price point is unlikely to change in the absence of a radical redesign or other major new features, with the Intel Core i3-powered Surface Go 3 expected to come with and without built-in LTE connectivity at a little over $700 and $600 respectively.

Of course, the only things we are (nearly) certain of are the two aforementioned Intel processors, with everything else about the Surface Go 3 and a Surface Pro 8 also rumored to go official later this month still hanging in the air.