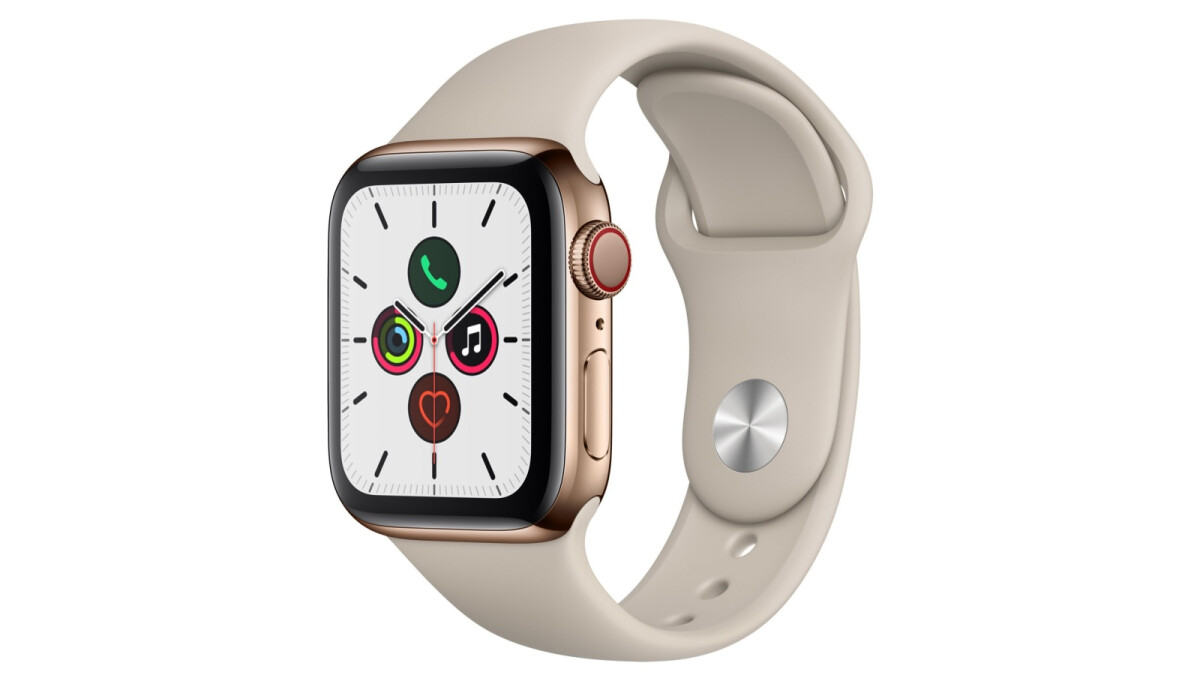 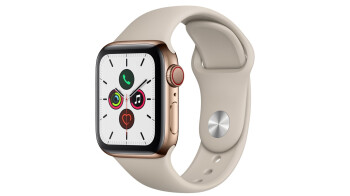 With a radically redesigned Apple Watch Series 7 right around the corner, most bargain hunters in love with the best-selling smartwatch family in the world are likely counting the days until last year’s Series 6 timepiece inevitably goes away.

That’s because the official retirement of the very well-reviewed device could bring even better deals to the table than what’s currently on offer at Best Buy, which is what happened with the Series 5 on the heels of its sequel’s debut.
But what if you were to ignore both the Series 6 and 7 and instead pick up the “ancient” Apple Watch Series 5 right now? Why would you ever do that? Well, for one thing, because the 2019-released wearable gadget is on sale at the time of this writing at a huge $290 discount in a very special and eye-catching version.

We’re talking about a glamorous gold-coated unit made from robust stainless steel, available in a 44mm case size paired with a simple but fitting “stone” sport band. This absolute stunner is also equipped with standalone cellular connectivity, normally fetching a whopping $749.

While not exactly crazy cheap after the aforementioned 39 percent price cut, the decidedly premium-looking and undoubtedly premium-feeling Apple Watch Series 5 model on sale on Amazon today can be a lovely early holiday gift to consider for folks not able to afford similarly stylish flavors of 2020’s Series 6, let alone the upcoming Series 7.

In case you’re wondering, this exact same model is still priced at a full 750 bucks at retailers like Best Buy, which is, well, pretty absurd.

But Amazon’s Labor Day deal is certainly worth your time and possibly your hard-earned money too given that the Series 7 could well end up sharing many internal components, sensors, and health monitoring tools with this bad boy.
Powered by an outdated but arguably still capable S5 processor, the Apple Watch Series 5 comes with everything from an ECG sensor to a top-shelf heart rate monitor, sleep tracking functionality, compass, altimeter, standalone GPS support, and even an Always-On Retina display in tow, only lacking its successor’s blood oxygen scanner.

China’s SMIC slaps TSMC in the face with a glove