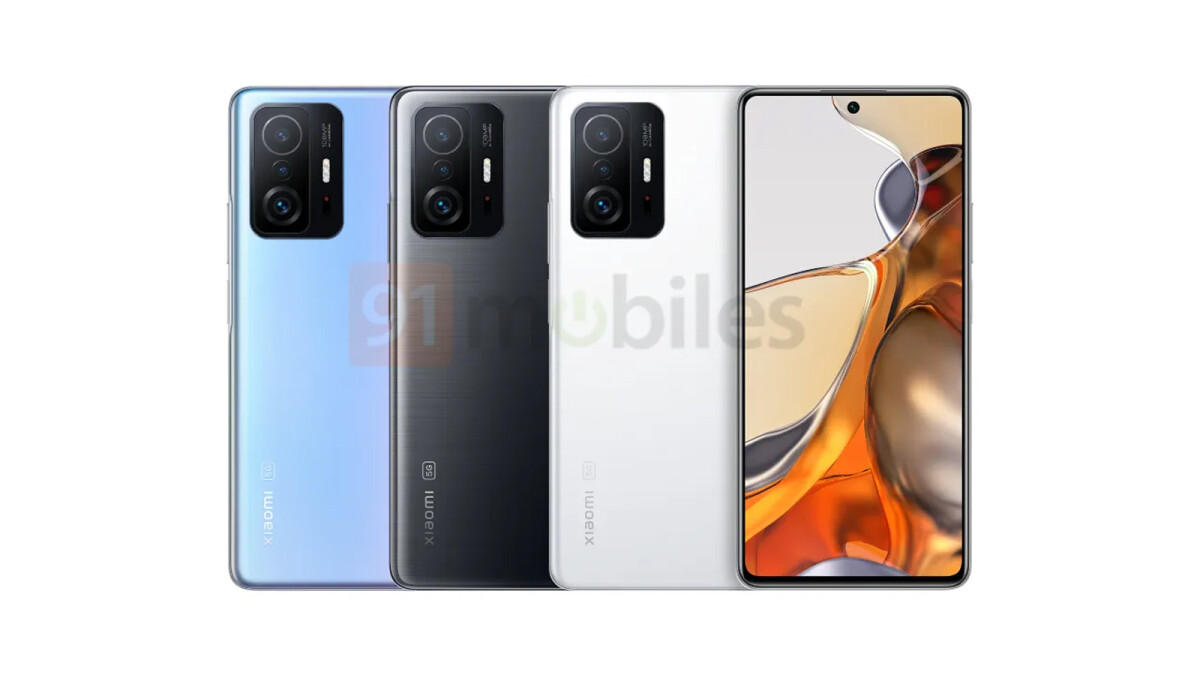 A set of full-color renders of Xiaomi’s upcoming flagship series has surfaced, thanks to an exclusive leak by 91Mobiles. The leaks show the aesthetic detail of both models in the line, the Xiaomi 11T and the Xiaomi 11T Pro. We haven’t heard of a Xiaomi 11T Lite coming to markets this year (there will be a Xiaomi 11 Lite), although a Xiaomi Mi 10T Lite was a part of last year’s set.
On a side note, if you’re confused by the missing “Mi” that’s present with the Mi 10T series, but missing from this year’s “Xiaomi 11T”—that’s because Xiaomi is replacing “Mi” with “Xiaomi” this year, in a bid to “unify our global brand presence and close the perception gap between the brand and its products.”

September 2021 is definitely going a big month in the mobile industry, with the announcement of both new Xiaomi 11T models expected on a global livestream on September 15th.

This happens to be the day immediately after the date on which we expect the iPhone 13 series to be unveiled (September 14); additionally, Google‘s Pixel 6 announcement was rumored to take place on September 13, although a more recent leak has just pushed it a full month back, to October 28.

As you can see above, the Xiaomi 11T series going to be a colorful bunch. Both models are going to have the same three options: a grey, blue, and white color array. Their official names were earlier accidentally leaked (by a UK retailer) as Meteorite Gray, Celestial Blue, and Moonlight White—names which are essentially confirmed by these new (also official) renders.

The models will reportedly look the same, and the updated camera module visible in the images applies to both the Xiaomi 11T and the Xiaomi 11T Pro. It’s slightly modified from last year’s “Mi 11” models, with both the inner and outer camera framе appearing definitively more rectangular around the triple lens array, which are lined up in a straight line, with an elongated LED flash strip on the side.

Also thanks to 91Mobiles, we are aware of some of the specs that the Xiaomi 11T series are purported to have, passed on by a fairly credible source.

Both the Xiaomi 11T and the Xiaomi 11T Pro will come in 8GB+128GB and 8GB 256GB variants, as well as in the same 3 colors mentioned above. The internal components definitely differ from each other, however.

The Xiaomi 11T is rumored to be launched with a 120Hz AMOLED display, with proportions of 20:9. The chipset maker is purported to be MediaTek, although the specific SoC is still unknown. As for the triple-lens camera, it’s likely to consist of a 64MP OmniVision OV64B main sensor, a Sony IMX355 wide-angle lens, as well as a telemacro lens that may be able to zoom in up to 3x.

These specifications are for the international version, while a Chinese-only variant of the Xiaomi 11T (called Redmi K40 Ultra) will be fitted with slightly better camera specs.

The high-end model of the budget series, the Xiaomi 11T Pro, may feature a 120Hz OLED display as well as Snapdragon 888 system-on-a-chip. Battery capacity is said to be 5,000mAh (the iPhone 13 Pro has 3095mAh, for comparison). It will support charging rates up to 120W on fast wired charging (it likely won’t support Qi charging)—and that’s about all we know for now.