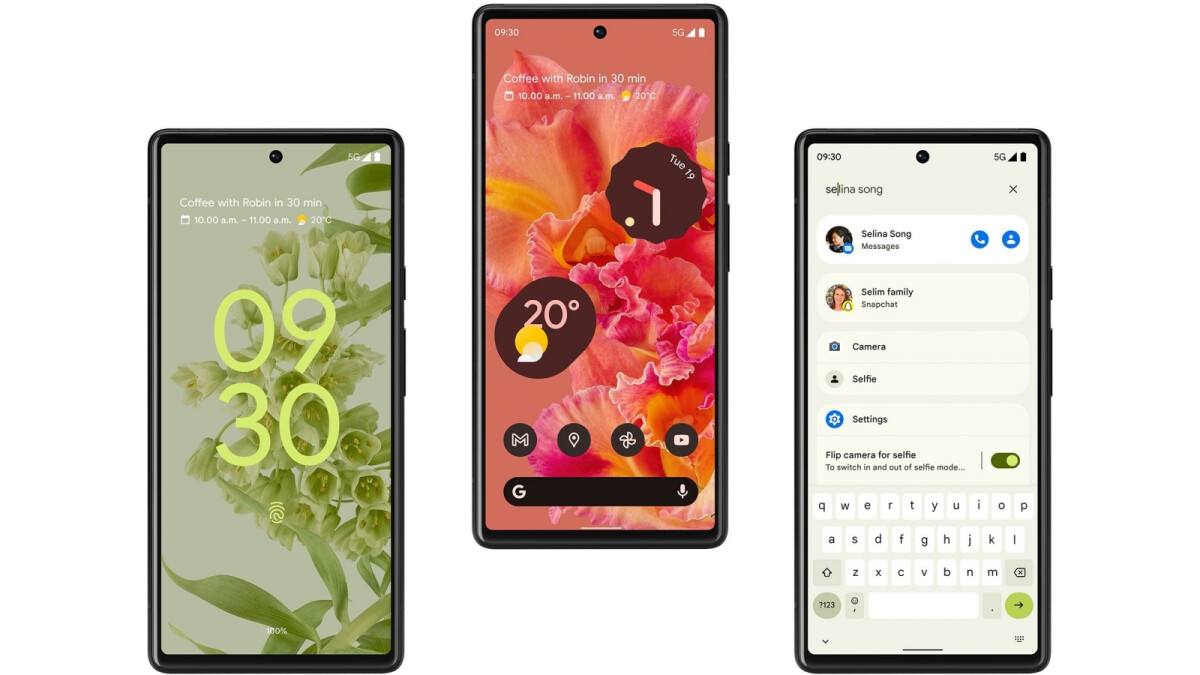 For a smartphone technically (pre-) announced all the way back in early August, the Pixel 6 (and its Pro sibling) has been the subject of quite a few juicy leaks over the last couple of weeks, leaving almost no major question unanswered in advance of its full October 19 launch.

Of course, no self-respecting leaker could ever settle for revealing most of such an interesting handset duo’s secrets, which is why we’re certainly not going to act very surprised that another big nugget of information has purportedly been divulged earlier today by Snoopy, aka @_snoopytech_, over on Twitter.
While nowhere near as prolific or as famous (and infamous) as Evan Blass or Jon Prosser, this account did generate a number of accurate tech leaks in the past, so although it’s always wise to keep that salt shaker closeby for these types of situations, we’re definitely inclined to trust the latest Pixel 6 reveal.

Google is finally coming after Apple… sort of

If you’re the least bit familiar with Apple’s industry-leading software support policies, you may have been wondering why Google stayed so far behind its arch-rival for so long.

The easiest answer might be connected to Qualcomm’s Snapdragon processors, which probably didn’t allow Big G to guarantee a smooth transition from an OS version to a radically different one more than three years down the line.

But with the search giant dipping its toes into homebrewed chipsets at last, Android purists can expect to start a new chapter with the Pixel 6 and 6 Pro. A four-OS-upgrades and five-years-of-security-patches chapter, to be exact, which is… still not up to Apple’s standards.

The 2015-released iPhone 6s and 6s Plus, mind you, are the oldest devices officially supporting 2021’s iOS 15, making that six “OS upgrades” and (more than) six years of “security patches” delivered by Apple to owners of the outdated A9-powered handsets.

The first Tensor-packing phones, meanwhile, could be set to receive Android 13, 14, 15, and 16 after undoubtedly launching on Android 12, with their overall security guaranteed to be kept up-to-date through the fall of 2026.

In contrast, the Pixel 5a 5G from just a couple of months back could have its software support halted as early as August 2024, with no OS promotions beyond Android 14 etched in stone at the moment.
Last year’s high-end (ish) Pixel 5 also had to settle for a three-year Android version and security update promise, so Google is definitely preparing to step things up in this field and predictably eclipse the likes of Samsung for the foreseeable future.

If you need a refresher on some of the other key selling points confirmed and/or leaked so far in the build-up to next Tuesday, we should probably start with the stunning 6.7-inch or so 120Hz display and potentially game-changing 50 + 48 + 12MP triple rear-facing camera system of the 5G-enabled Pixel 6 Pro monster.
In addition to being smaller, the 6.4-inch Google Pixel 6 is expected to downgrade the screen refresh rate technology to 90Hz while ditching the Pro’s secondary 48MP telephoto lens and possibly capping off at 8GB RAM to keep its pricing structure relatively low with 5G support for all major US carriers.

That may not be enough to justify a purchase at $1,000 or even more (as far as the Pixel 6 Pro is concerned) for many people, but then again, Google’s in-house chip gamble pretty much guarantees there won’t be many units to order anyway.

Apple Watch Series 8 could bring a bigger display in 2022