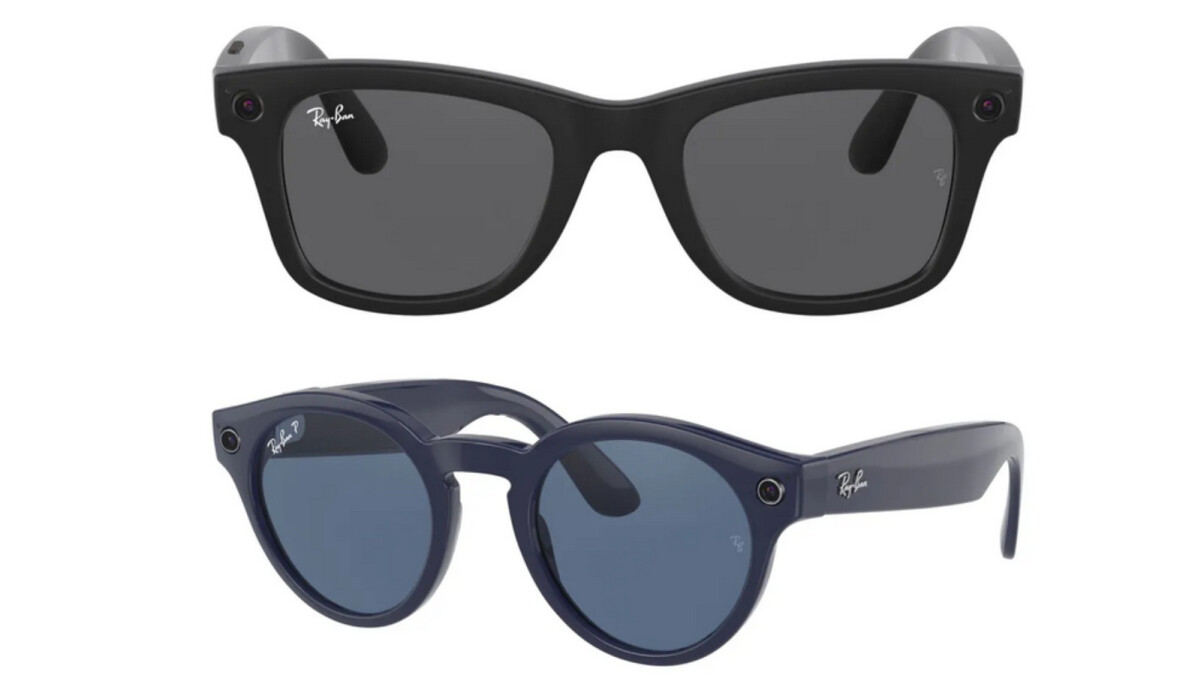 Judging from leaked product photos of the eyewear (thanks, Evan Blass), the Ray-Ban Stories won’t feature any Facebook branding, making for a rather understated and classical look. Aside from the two camera lenses on the framing near the temples and the button on the right temple, you’ll have a rather hard time making the Ray-Ban Stories apart from a pair of regular and timeless Ray-Ban Wayfarers. Aside from Wayfarers, which are arguably the most distinct pair of glasses in Ray-Ban’s history, the smart eyewear will also be available in Round and Meteor variants, which are similarly classy as well.

According to Facebook CEO Mark Zuckerberg himself, the Ray-Ban Stories will “let you do some pretty neat things”, but due to the lack of any virtual screens or enhanced AR processing functionality on board, it’s pretty unclear what the ‘smart’ glasses might do. If anything, they are seemingly regarded as a stepping stone towards the coveted AR smart glasses that are the end goal for Facebook. They’ll most probably act similarly to Snapchat’s glasses and let you capture short video stories to upload on Facebook.

Previous information about Facebook‘s smart glasses has hinted that the social network wants to develop a pro-active rather than reactive wearable that provides a “contextually-aware, AI-powered interface for augmented reality (AR) glasses that can use the information you choose to share, to infer what you want to do, when you want to do it.”

Meanwhile, Apple’s long-rumored AR glasses could become reality by the end of H1 2022, fueling yet another front in the Facebook-Apple war. Granted, Cupertino’s VR glasses will likely be much more capable glasses that will fully use augmented reality.

As we know more, so will you.