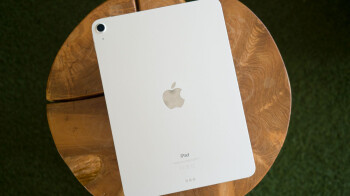 Commercially released just last year, the fourth-gen iPad Air is without a doubt one of the best tablets money can buy in 2021, eclipsing essentially all of its direct Android-running rivals in terms of raw power, screen quality, audio performance, and productivity.

Believe it or not, there’s also a way to double your savings right now, although in order to do that, you will have to meet a couple of special requirements and opt for a cellular-enabled 64GB model that obviously doesn’t typically cost just six Benjamins.
Regularly available for $729.99 instead, this deeply discounted iPad Air (2020) configuration can be yours at $529.99 if you don’t mind activating a new line of T-Mobile service on a “qualifying” 5GB or higher mobile internet plan.
You’ll also need to purchase the 4G LTE-capable slate on a monthly installment plan and be okay with receiving your discount in the form of 24 monthly bill credits, but that’s actually pretty standard for these types of deals.
It almost goes without saying that the incredibly well-reviewed iPad Air 4 has never been on sale at a bigger markdown (in Wi-Fi-only or cellular-equipped variants), so even though T-Mo doesn’t explicitly list an expiration date next to this hot new promo, something tells us it’s not going to last forever.
Otherwise put, you may want to hurry if a 10.9-inch tablet with a sharp Liquid Retina display, powerful Apple A14 Bionic chipset, wasp waist, relatively thin bezels, and top-mounted Touch ID fingerprint sensor sounds like something that could suit your needs this back to school season.