How would Samsung cut the Galaxy Z Fold 3 and Z Flip 2 prices but add new features? 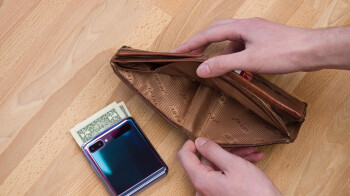 We heard at the beginning of the month that Samsung is preparing a notable reduction in the starting price of its 2021 foldable phone line representatives – the Galaxy Z Fold 3 and the Galaxy Z Flip 2.

While this may sound like an expected trend for a market that is now in its third model edition, Samsung is reportedly adding features, and unique ones at that, rather than simply updating the processor and camera kits. The rumored under-display camera and S Pen support will be unique among foldable phones, and add real value to the field.
How, then, may have Samsung managed to allegedly cut the Galaxy Z Fold 3 retail price, given that it adds extra hardware like an S Pen digitizer? Well, one way is by replacing expensive suppliers in the chain with alternatives that are no less experienced but can produce the component for less.

A case in point is The Elec’s report today that battery makers ATL and BYD, two of the Chinese giants in the field, have entered the Galaxy Z Fold 3 and Z Flip 2 supply chain, replacing the more expensive packs. Well, expensive is a relative word, given that the report claims a typical phone battery costs $6-$8 but when you mass produce, every bit counts.
Another upcoming Samsung device, the Galaxy Buds 2, will be benefiting even more from Amperex as battery suppliers, as apparently Samsung is being charged for the small cells almost as much – $4-$5 – as for the bigger battery packs that go in to phones.

Long story short, Samsung is optimizing the production costs of its foldables and wearables the smart way by adding features that don’t cost an arm and a leg but add to the evolution of this budding niche, and we can’t wait to hear more about what the Galaxy Z Fold 3 and Z Flip 2 bring to the bendy phones field of 2021.