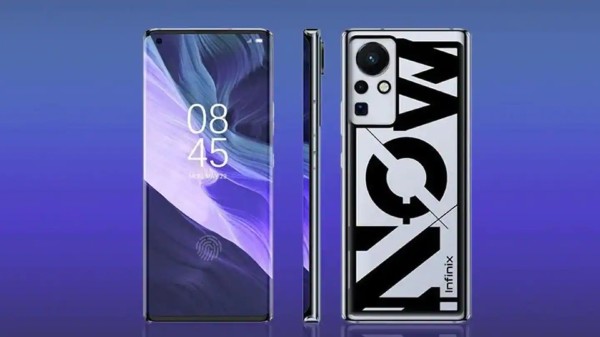 As per the image shared by the YouTuber Tech Arena24, the Infinix Zero X Pro is said to flaunt a tiny punch-hole display aligned at the top center. You can find the fresh image of the upcoming Infinix smartphone, which gives us a great look at the rear design of the device. It has been mentioned in the image that there will be Gorilla Glass protection at its rear.

Also, the presence of the triple-camera module at its back alongside a quad-LED flash unit is seen clearly at the top left corner. The topmost camera protrudes beyond the rear panel surface as it features an OIS-assisted 108MP primary camera sensor. We can also see the inclusion of a squarish periscope zoom lens and a volume rocker and a power key at the right edge of the device.

When it comes to rumored specifications, the Infinix Zero X Pro is speculated to flaunt a 6.7-inch AMOLED display with a FHD+ resolution and a high refresh rate of 120Hz. The screen is said to be integrated with an in-display fingerprint sensor. The hardware aspects are likely to include an octa-core MediaTek Helio G96 chipset said to be teamed up with 8GB of RAM and 128GB of internal storage space.

On the optics front, the Infinix Zero X Pro is likely to include a 108MP primary camera sensor with OIS, an ultra-wide secondary camera sensor, and a periscope telephoto lens with support for 60x digital zoom. At the front, there is a 16MP camera sensor for video calling and selfies.

The other aspects expected to be a part of the Infinix Zero X Pro include Android 11 OS topped with the company’s custom skin XOS 7.6 UI that will provide support for Infinix voice assistant among others. A 5000mAh battery is likely to fuel the upcoming Infinix smartphone with a 40W fast charger that can charge the smartphone completely in less than 50 minutes. We can expect the Infinix Zero X Pro could be released in Asian and African markets in the coming weeks.

A previously leaked render of the Infinix Zero X suggested that the smartphone could come in a Stellar Black color option, which features a speckled rear finish. For now, there is no word about the possible pricing of the upcoming Infinix smartphones – the Zero X or Zero X Pro. Given that the launch date will be officially announced soon, we can expect further details to be revealed in the coming days or weeks. Given that it is from Infinix, we can expect the smartphone to be priced relatively affordable, thereby making it competitive in the market.