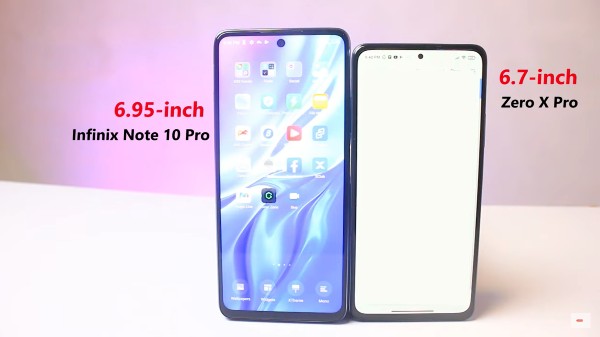 Infinix is one of the smartphone brands that has been hitting the rumor mills quite often. The brand is speculated to be working on an upcoming smartphone called Infinix Zero X Pro, which could debut with the standard Zero X. Now, key specifications of this smartphone have been revealed by a tipster. These include the display, storage and RAM of the upcoming device.

As per a YouTuber, Tech Arena24, the Infinix Zero X Pro could sport a 6.7-inch flat AMOLED display with a FHD+ resolution and a high 120Hz refresh rate. The screen will feature a punch-hole cutout aligned at the center and it is said to be relatively smaller than that seen on the Infinix Note 10 Pro.

Also, it is speculated that the hardware aspects of the Infinix Zero X Pro could include 8GB of RAM and 128GB of storage space. The processor remains unknown but a previous report that revealed its renders suggested that it could feature an octa-core MediaTek Helio G96 processor. For software, the upcoming Infinix smartphone is tipped to run Android 11 topped with the company’s custom skin XOS 7.6 UI.

As of now, there is no word regarding the battery capacity, support for fast charging technology and camera configurations. The YouTuber claims that he will soon reveal further details pertaining to the smartphone in the near future.

Adding to this, the leaked render of the Infinix Zero X suggested that the smartphone could come in a Stellar Black color option, which features a speckled rear finish. The rear panel of the device appears to come with a triple-camera setup along with an LED flash unit.

While there is no official confirmation regarding the Infinix Zero X Pro, the smartphone is expected to be unveiled later this month or in early October in select markets such as Asia and Africa. For now, there is no word about the possible pricing of the upcoming Infinix smartphones – the Zero X or Zero X Pro. Given that the launch date will be officially announced soon, we can expect further details to be revealed in the coming days or weeks.

After smartphones, Samsung is now preparing to fold laptops