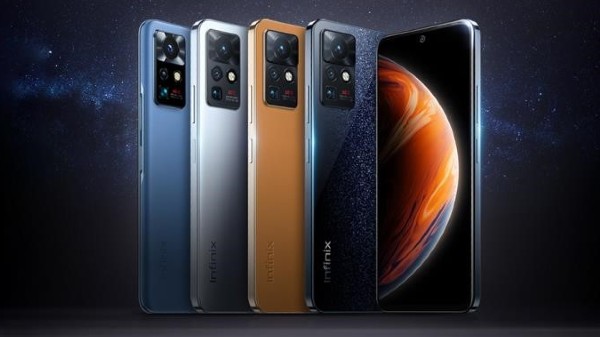 Infinix took the wraps off a trio of camera-centric smartphones in the Zero X lineup. Well, the talk is about the Infinix Zero X, Zero X Pro and Zero X Neo. The USP of these camera smartphones is a periscope lens alongside the company’s proprietary Galileo Algorithm Engine. The notable aspects of these smartphones are the presence of dual selfie flash and 45W fast charging support. Also, these phones run Android 11 topped with XOS 7.6 out-of-the-box.

The company is yet to reveal the official pricing of the Infinix Zero X, Zero X Pro, and Zero X Neo smartphones. As per GSMArena, these devices should be priced around $300 (approx. Rs. 22,000).

The Infinix Zero X bestows a 6.67-inch AMOLED FHD+ display with a resolution of 2400 x 1080 pixels and a 120Hz refresh rate. Under its hood, the smartphone uses an octa-core MediaTek Helio G95 processor along with 8GB of RAM and 3GB of Extended RAM. It comes with 128GB storage space that can be expanded further using a dedicated microSD card slot.

For imaging, the Infinix Zero X makes use of a triple-camera setup with a 64MP primary sensor, an 8MP secondary ultra-wide-angle lens, and another 8MP tertiary periscope lens with 60x zoom. There are goodies such as OIS, EIS and quad-LED flash. At the front, it houses a 16MP selfie camera sensor with dual selfie flash.

Other goodies on board the Infinix Zero X include 4G LTE, Wi-Fi, Bluetooth, a USB Type-C port, and a 3.5mm headphone jack. Also, it has an in-display fingerprint sensor and is fueled by a 4500mAh battery with 45W fast charging support.

Talking about the Infinix Zero X Pro, the smartphone adorns a 6.67-inch FHD+ AMOLED display with a resolution of 2400 x 1080 pixels. It uses the same processor and camera unit as the Infinix Zero X. The only change is that the primary rear camera sensor on the Pro model is a whopping 108MP sensor.

Other goodies of the Infinix Zero X Pro include a 16MP selfie camera sensor, 128GB/256GB storage space, and standard connectivity aspects. A 5000mAh battery with 45W fast charging powers the smartphone from within.

Finally, the Infinix Zero X Neo bestows a 6.78-inch FHD+ IPS display with a resolution of 2460 x 1080 pixels and a 90Hz refresh rate. Under its hood, the device uses a MediaTek Helio G95 SoC teamed up with 8GB RAM and 128GB storage space. A 5000mAh battery powers the smartphone from within.

On the optics front, the Infinix Zero X Neo flaunts a triple-camera unit at its rear with a 48MP primary sensor, an 8MP ultra-wide-angle secondary lens, and a tertiary periscope lens. A 16MP sensor sits at the front for selfies alongside dual LED flash.

Does the Samsung Galaxy Z Fold 3 come with the S Pen?

These deals on music and entertainment apps sound great