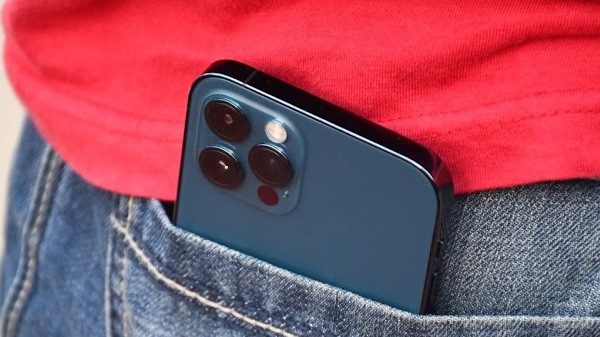 Apple will announce the next-generations of iPhones — the iPhone 13 series today at 10:30 PM. Just a few days ahead of the launch, Canalys has now shared some numbers regarding the Apple iPhone 12 series of smartphones. According to the report, the iPhone 12 has been the best-selling Apple smartphone in 2021 H1.

It is interesting to see that Apple has sold almost as much iPhone 12 Pro Max as the iPhone 12, especially considering there is a huge price difference between the two. This proves that there is a market for truly high-end Apple iPhones with big screens and great cameras, where, people are ready to pay the premium for the same.

This number has changed drastically in 2021 H1, as 65 percent of the iPhones shipped by Apple had a screen size greater than 6.5-inch, while the percentage of iPhones with 5.5-inch to 6.4-inch has come down to 31 percent.

These numbers indicate that there is a huge demand for smartphones, especially iPhones with large screen sizes. The shift towards large-screened devices has increased in the last 18 months, as more people now play games and consume video content on their smartphones.

When we look at the numbers of smartphones that cost over $600, Apple has shipped, Apple had a market share of 53 percent of 2020 H1. This number has again gone up in 2021 H1, where, the iPhones constitute 62 percent of the premium smartphone market share that costs over $600.

Coming to smartwatches, Apple has shipped 16 million units of Apple Watch in 2021 H1 with 49 percent market share and 37 percent year-on-year growth. Lastly, in the TWS market, Apple has lost some numbers, where, the brand shipped 39 million units of AirPods in 2020 H1 while the number came down to 35 million in 2021 H1 with a market share of 30 percent.

Given the TWS market has gotten a lot more diverse in the last few years, where, there are more than 100 brands that currently are in the TWS industry. Despite having just a few products, Apple has managed to maintain the market share, albeit, the sales have come down a bit. With the release of the AirPods 3, Apple might be able to recover the lost market.