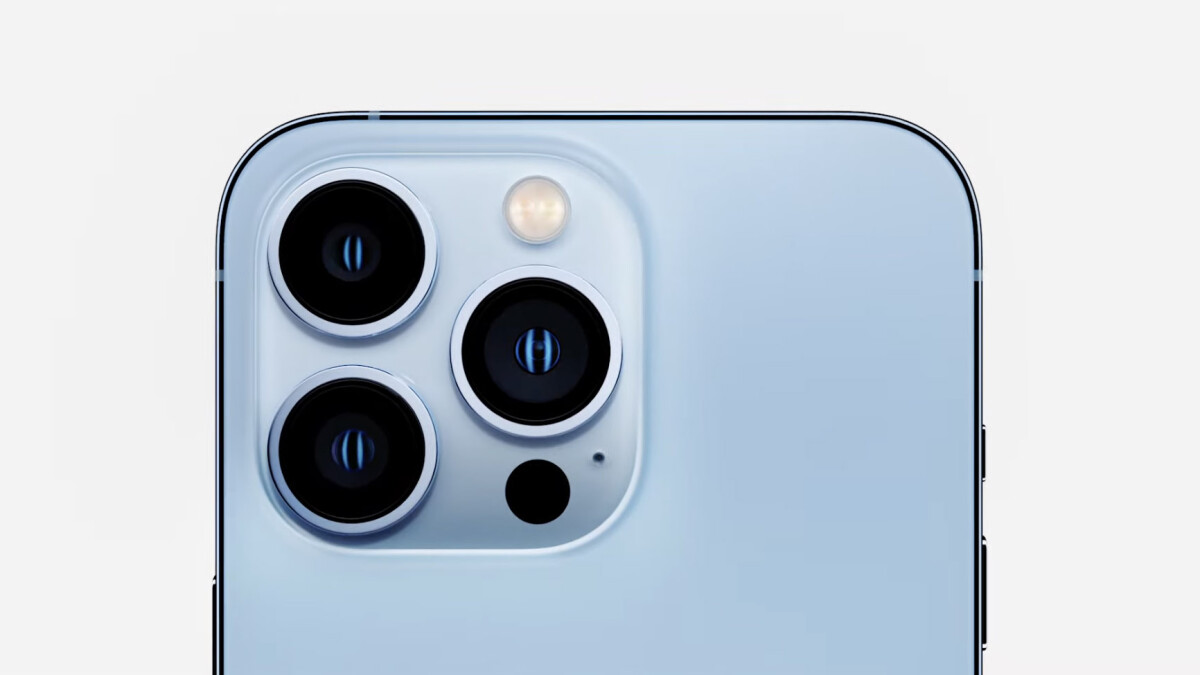 , and among them two are the stars of the show: the iPhone 13 Pro and iPhone 13 Pro Max, the most expensive and most feature-packed of the bunch.

The iPhone 13 is a 6.1-inch phone, while the iPhone 13 Pro Max is a truly gigantic 6.7-inch phone, and both have grown slightly thicker compared to the previous generation. The reason for that is bigger batteries, one of the most requested features, and Apple delivers. The cameras on the back have also gotten bigger and the phones now come with new pro camera features. All of that is powered by the same Apple A15 Bionic processor on both phones (actually, this same processor powers all four new iPhones).
So what’s special about these new Pro iPhones? And how are they different from the non-Pro models? Read on to find out!

The new Pro iPhones come with virtually the same design as last year’s models: flat sides, flat screens, and mostly unchanged looks except for a slightly thicker body and if you look closer, you’d also notice that Face ID has shrunk in size, so it’s now 20% smaller.

The rest is quite familiar as the phones are made of toughened glass and feature a stainless steel frame, which does add a bit of extra weight compared to the aluminum-made non-Pro iPhones. The pair also feature IP68 water protection for added security.

Apple has also reserved the more jubilant colors for the non-Pro iPhones, while these two Pro models come in more subdued, “professional” colors.

You have four colors to choose from, and the hot new color is Sierra Blue which is a lighter shade of blue that looks really cool. The other three are the familiar Graphite, Silver and Gold versions. All Pro models come with a matte glass finish for the back.

Both look gorgeous and get super bright under the sun, reaching max brightness of 1,000 nits, a 25% increase, so they are easily legible (a big advantage over cheaper devices).

But what’s unique and new here is the 120Hz ProMotion screen technology. This has been available on Android phones for a while, and it’s finally now coming to iPhones. Basically, you get a screen that refreshes 120 times per second instead of the tradition 60 times (aka 60Hz). This results in buttery smooth scrolling experience, but do keep in mind that the screen will automatically switch to a lower refresh rate when you have static content, so that it doesn’t drain excessive battery. Apple says the screen adapts frame rate to precisely match the speed of the user’s finger, and can vary from 10Hz to 120Hz.

Apple A15 Bionic inside

The star of all four iPhone 13 models is the Apple A15 Bionic processor inside them. This latest Apple-made chip features further improvements and extends Apple’s lead over the competition when it comes to processing speeds.

The A15 Bionic is built on 5nm technology and features over 15 billion transistors. It comes with a 6-core CPU, and a 5-core GPU, that is one extra GPU over the non-Pro models.

The iPhone 13 Pro and Pro Max come with 128GB of native storage in the base version, but you can also opt for one of the more expensive models: you also have a 256GB version, a 512GB version, and for the first time, a 1TB model for the most demanding users. As always with iPhones, there is no microSD card slot for memory expansion.

All three cameras have been upgraded

The iPhone 13 Pro and the 13 Pro Max sport three cameras on their back, and all three have been reimagined and upgraded.

You have the following camera lenses on board:

Interestingly, these cameras are actually better than what you get on the non-Pro models. Those cheaper iPhones get slower apertures for the wide and ultra-wide cameras, plus they lack a zoom camera.

On the photo side of things, the iPhone 13 Pro wide camera now captures up to 2.2X more light at night for both photos and videos, and the ultra-wide camera gets up to 92% more light! You also get SmartHDR4, the newest version of Apple’s algorithm that allow for even better dynamic range and improvements to skin tones.

A new feature that photo enthusiasts will love is called Photographic Styles. This is basically photo filers on steroids: you can do local edits in real time and you can see the results right in the view finder. You can pick a more vibrant look, or a different style, and you can have the iPhone remember that personal preference you have and use it across all your photos. This feature is coming to iPhone 13 Pro and 13 as well.

You can now also capture macro photos at a distance as close as just 2cm for incredible close-ups. This same feature applies for video too where you can record macro video.

An exclusive Pro feature is the Night Mode Portraits, that you cannot capture on the non-Pro iPhones.

All four models also come with a new Cinematic Mode, which can be described as something like portrait mode, but for videos. Cinematic Mode is available on all four new iPhones, and it allows you to selectively blur the background, leaving only the subject in sharp focus. This can happen automatically with the help of machine learning, you can do it manually while recording, or you can do it as an edit to an already existing clip recorded with an iPhone 13 phone. This, ladies and gents, is a world first.

What’s unique to the Pro iPhones is support for the ProRes codec that is coming later this year. This is a bit like a RAW mode for video and allows editors a lot more flexibility when color grading in professional apps like Final Cut Pro.

The LiDAR sensor (used for AR) also remains an exclusive for the Pro models and will not be available on the cheaper, non-Pro iPhones.

Both the iPhone 13 Pro and Pro Max come with dual speakers (one bottom-firing speaker and another speaker embedded in the earpiece). The quality is similar to previous iPhones, which is to say you get a bit more bass and depth than your usual smartphone.

The headphone jack is still missing, to no one’s surprise. Instead, you can use the Lightning port for wired headphones, or just go with wireless headphones like the AirPods.

Better battery life, and the iPhone 13 Pro Max has the longest battery life ever on an iPhone!

Apart from the screen size difference, one of the most convincing reasons to buy an iPhone 13 Pro Max over the 13 Pro is the battery size. This year, Apple includes larger batteries in all iPhones, but the Pro Max has got the biggest battery boost.

That is INSANE! It’s nearly double the battery life across the Pro range and we cannot wait to test this out!

On the charging front, these premium iPhones come with no charger in the box, only the cable. So yes, you’d have to separately purchase a charging brick. Currently, the fastest one Apple sells provides 20W of power, uses a USB-C connection and costs $20.

All four new iPhones also support MagSafe wireless charging at speeds of up to 15W with compatible chargers.

The iPhone 13 prices remain roughly in line with what we have already had last year.

Below, you can see a breakdown of the prices on all iPhones currently available:

Just as you would expect, the iPhone 13 Pro and Pro Max will be sold on all three major US carriers (Verizon, AT&T and T-Mobile), as well as all across the globe. You will be able to buy a new iPhone in stores starting on Friday, September 24th.