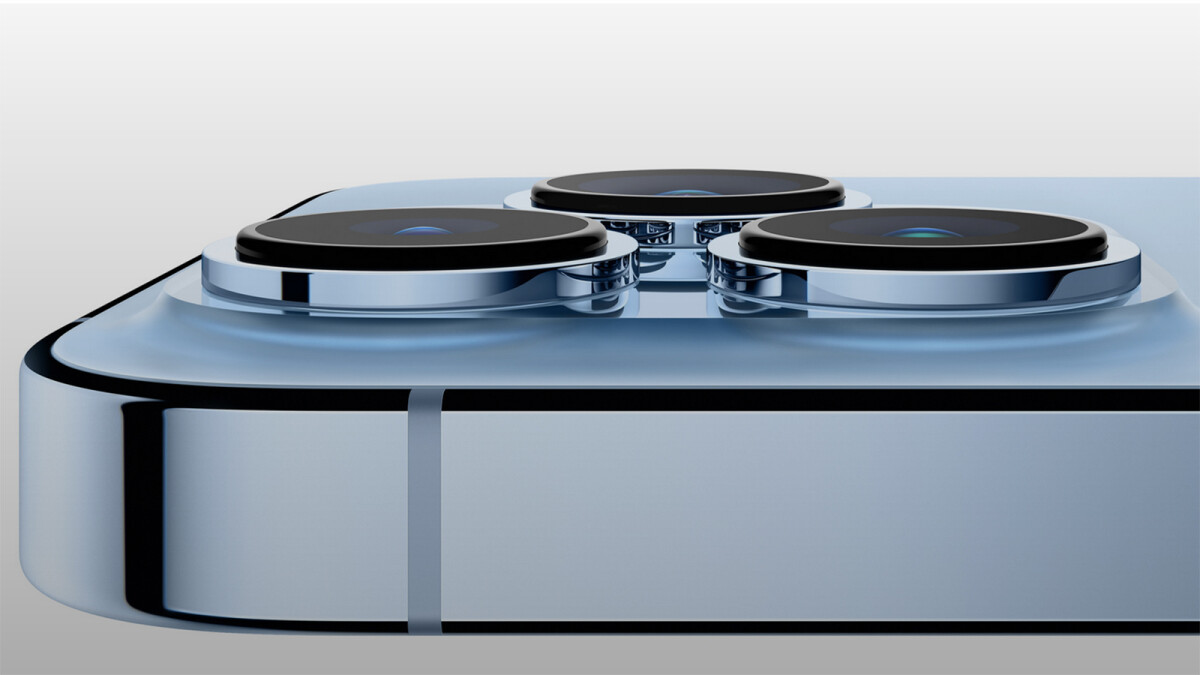 Apple has just announced the iPhone 13-series, the follow-up to last year’s successful iPhone 12-series, improving almost all aspects of Apple’s best-selling gadget. One of the features that has been greatly improved is the camera system, which is now more advanced than ever before.

“iPhone 13 Pro and iPhone 13 Pro Max make up our most pro iPhone lineup ever with the biggest advancement for our camera system, the best battery life ever in an iPhone, and the fastest performance of any smartphone, setting a new standard for iPhone and enabling incredible experiences never before possible,” said Greg Joswiak, Apple’s senior vice president of Worldwide Marketing. “The new pro camera system offers even more pro photography capabilities like improved telephoto zoom, macro photography, Photographic Styles, Cinematic mode, as well as ProRes and Dolby Vision video. The Super Retina XDR display with ProMotion is our best display ever; it intelligently responds to the content on your screen, offers fantastic graphics performance, and is perfect for any viewing experience.”

To sum things up, everything is new. Starting with the image signal processor (ISP), the larger new sensor, and much wider lenses, the iPhone 13 Pro and Pro Max are examples of what great hardware can do when coupled with good software. Let’s explore.

The much wider apertures of the lenses will naturally let much more light inside for exceptional low-light prowess, but what’s even more impressive here is the main camera’s large new sensor, equipped with big 1.9 µm pixels, which are the largest ever fitted on an iPhone. Couple those with the exceptionally wide F1.5 aperture, and the promise for exceptional low-light camera performance is more than exciting. The camera’s Night mode now also extends to the ultra wide-angle and telephoto cameras, where it will automatically take long exposure shots with the help of artificial intelligence.

There’s sensor-shift optical image stabilization on both the iPhone 13 Pro and iPhone 13 Pro Max, similar to their predecessors, and this exclusive hardware feature also helps greatly here: it eliminates jitter and enhances low-light details by keeping the camera sensor steady, even when your hands aren’t at their steadiest.

Hardware is just part of the full picture. The fast new A15 Bionic chipset, thanks to its advanced computational prowess and much faster Neural Engine, is the main culprit behind the much better overall camera performance, says Apple. Indeed, camera processing algorithms are as important as the hardware parts that capture light itself, and the iPhone 13 Pro-series seemingly takes this to heart. The so-called Photographic Styles allows iPhone 13 Pro/Pro Max users to employ their own preferences while still benefitting from the camera’s enhanced image processing. For example, you can choose between filters with different vibrancy and contrast, as well as color temperatures, while still maintaining natural-looking skin tones. The new chipset also enables Smart HDR4, which enables enhanced contrast, color, and lighting, even in challenging and dynamic conditions. Deep Fusion, Apple ProRAW, and Portrait mode with Portrait Lighting are also on deck, now better than ever thanks to Apple A15 Bionic’s prowess.

The ultra-wide camera has also seen some great improvements. It now comes with an exceptionally large, F1.8 wide aperture that also holds the promise for exceptional low-light capabilities. Apple even puts that potential prowess against a number – the new camera is obviously 92% better than the one on the iPhone 12 Pro Max. But that’s not all – the shooter has also scored a new autofocus system that not only produces sharper and more detailed images, but also unlocks a brand-new iPhone functionality: dedicated macro photography. While close-up shots weren’t impossible on previous iPhone models, the ultra wide-angle camera of the Apple 13-Pro series now allows for a minimum focusing distance of just 2 centimeters. Macro isn’t limited to photos, but allows you to also capture videos, slo-mos, and time lapse videos. With enough inspiration in tow, the new iPhone 13 Pro-series could be the right tool for the creative mind.

There’s a new 3X 77mm telephoto camera on the iPhone 13 Pro and 13 Pro Max, allowing for a combined zoom range of 6X. Aside from getting closer to your subject. the telephoto camera allows you to capture better portraits. Why better, you might ask… Well, it compresses the image more and thus creates more natural-looking portraits, with less distortion and more pleasing facial proportions that simply look better than portraits taken with a wider lens. This has been a staple of portrait photography for ages, and it’s finally great that Apple is making small steps in the right direction by offering longer and longer telephoto cameras with longer focal length.

Video has rarely been the certerpiece of an iPhone announcement event, mostly because Apple hasn’t introduced that many outstanding video-related features. That’s changed with the iPhone 13 Pro and iPhone 13 Pro Max, which put cinematography on a pedestal.

One of the new features that will definitely be used extensively by videographers is Cinematic mode and its unique rack focus feature. What is rack focus? You’ve certainly seen it hundreds, if not thousands of times without ever realizing it, as rack focus is meant to subtly change the focal point in a continuous shot scene and draw the viewer’s attention to a certain character or object. If anything, the iPhone 13 Pro and iPhone 13 Pro Max will allow anyone to achieve cinematic-looking videos without being well-versed in the field. Users will be able to change the focus in a captured video both during and after capture, as well as in the Photos app and iMovie for iOS, making the iPhone 13 Pro-series the only device to allow for such a functionality.

Realme 8 Pro Is 5G Or Not And Should You Buy It?