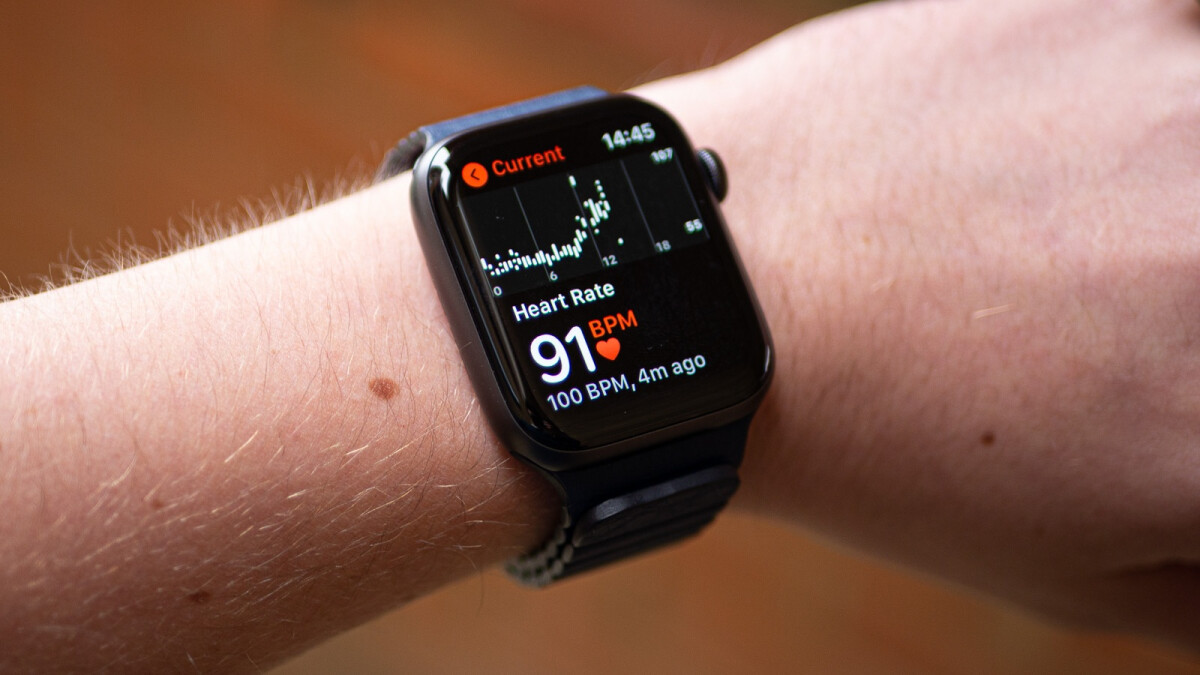 Knowing how Apple typically handles its business and product roadmap preparation, it’s not exactly unusual to see insiders, leakers, and analysts try to predict what a future “iDevice” will be all about more than a year in advance of its official announcement and commercial release.

That being said, we don’t have anything as explosive or as incredibly detailed to report on 2022’s Apple Watch Series 8 as Jon Prosser’s recent iPhone 14 exposé, which of course may or may not prove accurate in the end.
What we have are growing whispers of a new feature that could further expand and improve the already impressive scope of the hugely successful smartwatch‘s health monitoring capabilities.

Who wouldn’t want to be able to measure their temperature from the wrist?

According to both the Wall Street Journal last week and legendary Apple prognosticator Ming-Chi Kuo today (via AppleInsider), Cupertino’s high-end wearable device will integrate temperature sensing technology next year. Or at least that’s the intention right now, with plenty of things that could go wrong and mess up the company’s plans between today and the fall of 2022.
In case you’re wondering, this is something no mainstream smartwatch is currently capable of doing, and the utility of an on-wrist thermometer is, well, pretty obvious.

At the same time, it’s clearly not easy to develop a reliable, relatively affordable, and especially small enough temperature measuring sensor to be fitted inside an Apple Watch Series 8 that’s naturally expected to retain its forerunners’ key internal components and possibly add more.

A blood pressure and blood glucose monitor are among the other big things initially rumored to be adopted by this year’s Apple Watch Series 7. Of course, it’s still way too early to know for sure if all this stuff will in fact make it to market in 2022 or if some of the new sensors will end up getting further delayed.
After completely reimagining the Apple Watch design in 2021, the heavyweight wearable industry champion could consolidate the product’s health guru image next year, keeping an eye on more indicators than ever to help among others with fertility planning, staying fit, and catching various illnesses early.

The AirPods should provide “health management functions” as well… eventually

Stop us if you’ve heard this one before. Apple is exploring the addition of some sort of health monitoring features to the already incredibly popular AirPods… sooner or later.
In some form or another, this rumor has been floating around for at least a couple of years now, but we’re yet to hear a firm prediction from a reliable source on the actual launch timing of the first-ever activity-tracking AirPods generation.

While Ming-Chi Kuo does expect Apple to reposition probably the best true wireless earbuds out there as a “health management tool” at some point in the future, the only timeline the analyst can offer at the moment regarding the introduction of said features is a vague and most likely uncertain “within two years.”
Keep in mind that a number of companies have tried similar things in the past, starting with Samsung, whose Gear IconX earphones monitored stuff like calories burned, exercise intensity, and heart rate all the way back in 2016.

It remains to be seen if Samsung and Apple will decide to go toe-to-toe with health-monitoring AirPods and Galaxy Buds models “within two years”, in which case you can definitely expect many other brands to quickly follow suit.