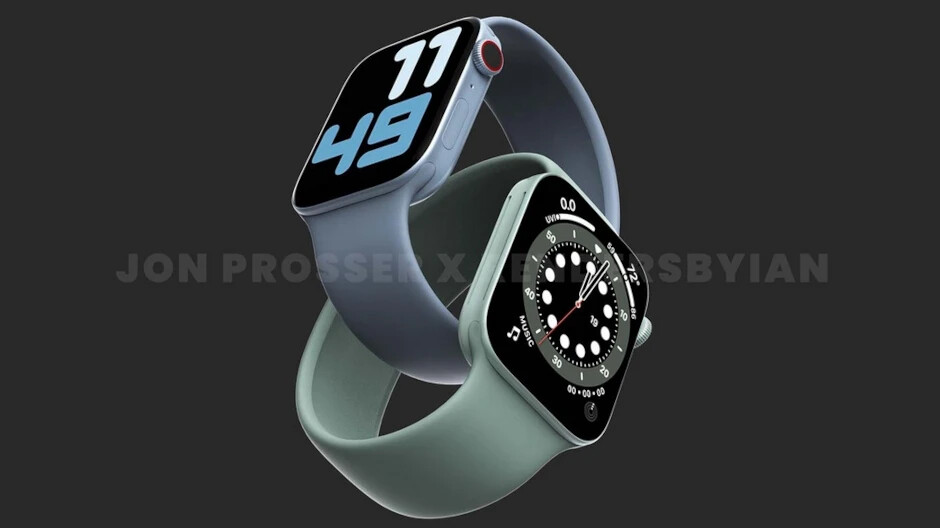 The Series 7 version of the Apple Watch could be just weeks away from being officially introduced. We’ve already heard from Bloomberg’s Mark Gurman that the next iteration of Apple’s smartwatch should sport a new S7 processor, improved wireless connectivity with an update to its ultra-wideband technology, a thicker body, and a new display with thinner bezels.

Speaking of the display, for the first time since 2017’s Apple Watch Series 4, and for the second time overall, the Apple Watch will sport larger-sized screen sizes according to Gurman. Seconding a previous rumor, he adds that the timepiece will be offered in two options, 41mm and 45mm. Last year’s Series 6 model was available in 40mm (1.57-inch screen) and 44mm (1.78-inch screen). The extra real estate on the display this year will allow Apple to introduce new watch faces, Gurman notes, including a new Infograph Modular face.

The Bloomberg scribe says that he doesn’t expect any new health-related features for the device this year, which means that Apple Watch owners will have to rely on already introduced features to save their lives. Last year, Apple added the blood-oxygen sensor which, as Apple explains, “monitors the percentage of oxygen your red blood cells carry from your lungs to the rest of your body” giving you a quick look at how healthy you are.

Gurman does expect Apple to add a body-temperature scanner to next year’s Apple Watch and we note that he didn’t mention the long-rumored blood sugar sensor for diabetics. Originally through to be included with this year’s Apple Watch, the blood sugar sensor would replace painful and expensive tests that insulin-dependent diabetics run before each meal to determine how much insulin they need to inject.

Apple would supposedly use infrared and visible light to get a look at various layers of the skin, blood, and other fluids in order to deliver a blood sugar reading. Currently, the tens of millions of insulin-injecting diabetics in the world use a sharp needle called a lancet to produce a drop of blood that is placed on an expensive disposable test strip. The strip is inserted into a device called a glucometer to get the reading.

Will this feature appear on next year’s Apple or Samsung smartwatches? That remains to be seen although both Apple and Samsung can expect to see a flood of smartwatch purchases from insulin-dependent diabetics once this technology is perfected.