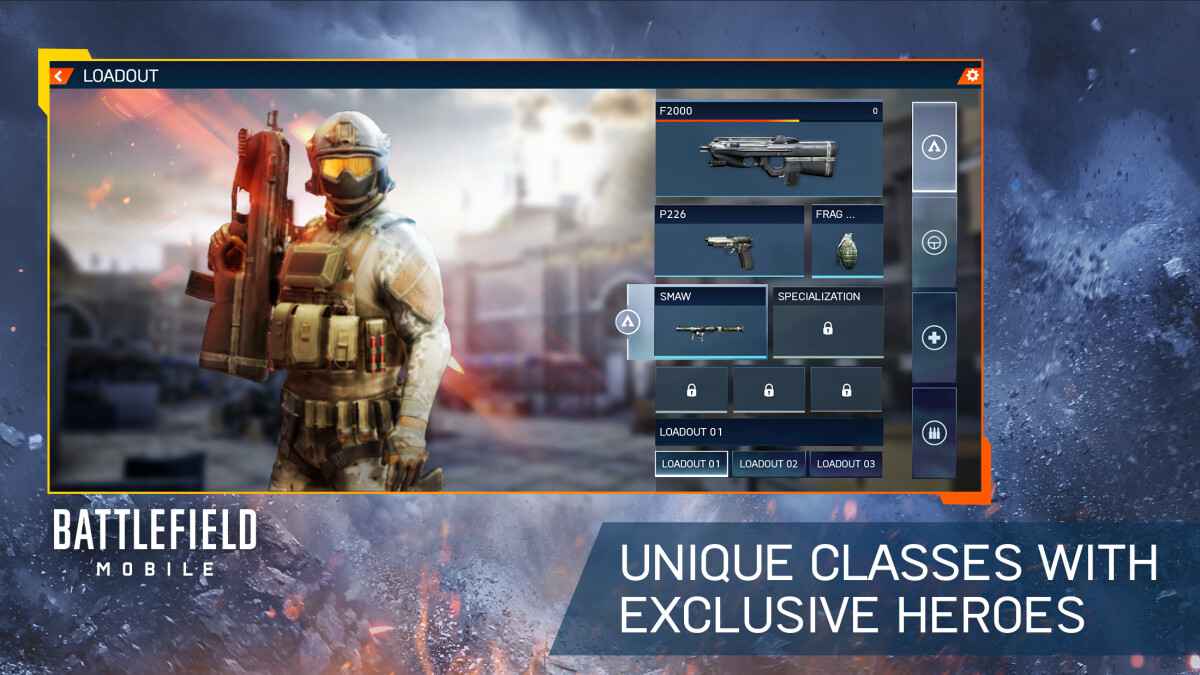 Mobile gaming is big and inevitable. Everyone has a smartphone in their pocket, everyone gets tempted to download a nice, colorful game now and again. Seeing as how easily accessible it is, and how users have proven that it can be monetized successfully, it only makes sense that game developers are looking to bring their super-popular franchises to the mobile world.

Back in April, Dice announced that a Battlefield Mobile game is in the works, scheduled for release some time in 2022. However, it was also stated that the game will have a lengthy testing period, where select territories will get access to the game in advance. It looks like the time is drawing near — the Battlefield Mobile page is now up on the Google Play Store. The “pre-register” button is grayed-out for us, but who knows — maybe you can press it.
The page promotes a full-fledged Battlefield experience, with building destructions, parachute jumping, tank operation, and more. You know — the madness that made the Battlefield series so popular.

It states “large-scale battles” and the ability for you to squad up, just like in the OG game. A total player number isn’t revealed, so we don’t have any clue how big those battles will really be. Then again, we’ll probably all be against playing bots for the first few games, so what’s the difference.

The language of the page makes it seem like popular maps and modes from the Battlefield series will be making an appearance, so we expect more of a “port” instead of original content. That’s not bad at all — it allows you to jump in and be instantly familiar with the game.

Hey, what could go wrong — we all love how PUBG and Call of Duty: Mobile (a.k.a. Ad Closing: The Game and Color Coded Nausea 2) worked out, right? And, oh boy, how excited everyone is for that Diablo: Immortal game?