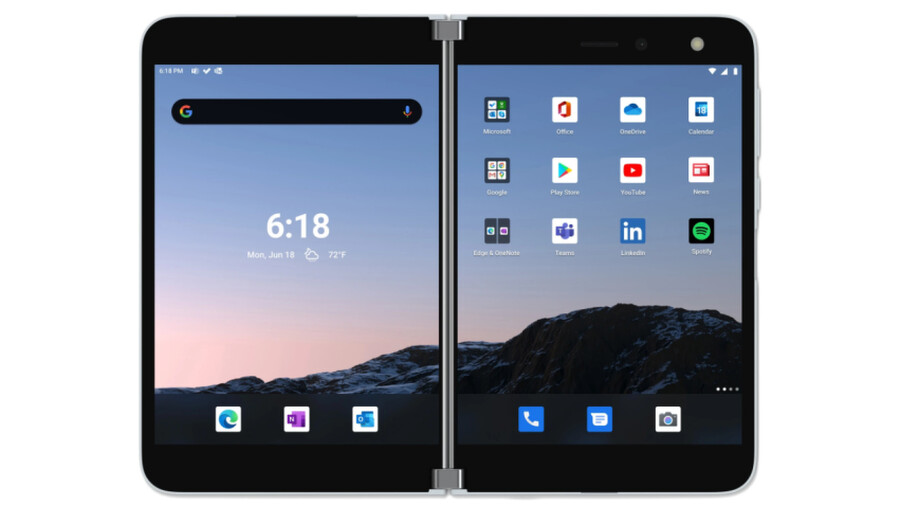 Just about a week ago we reviewed the new Galaxy Z Fold 3, which is arguably a power user’s dream phone, with its huge 7.6-inch folding display and OneUI 3 multitasking features. But there are other, less-popular, yet still exciting options out there.As noted by MSPoweruser, Microsoft is about to release a successor to its dual-display phone from last year – the Surface Duo – very soon, likely in October. And now, some of the upcoming Surface Duo 2’s specs have been revealed via a Geekbench listing noticed by SlashLeaks.

According to the Geekbench listing, the Microsoft Surface Duo 2 will be powered by the Qualcomm Snapdragon 888 processor and 8GB of RAM. Unsurprisingly, the Duo 2 will also come with Android 11 out the box.As is to be expected, this is a step up from last year’s Surface Duo, albeit not a huge one. The first Surface Duo came with the Snapdragon 855 processor and 6GB of RAM, which was arguably not enough for a dual-screen phone that is aimed at multitasking power users, often running pairs of apps at the same time.

And while the Surface Duo 2 having a spec bump is welcome news, we know that Microsoft has also put efforts into improving an aspect of the original Duo that many users had an issue with – the camera quality. In mid-July, leaked photos of Microsoft Surface Duo 2 revealed a triple-camera setup, which inevitably also leads to a camera bump, which wasn’t there on the first Duo – a compromise many users will probably be willing to make.

Other than that, we’re yet to know if the Surface Duo 2 will be different from the original Duo visually. Smaller bezels will surely be welcome, but we’ll just have to wait and see. Stay tuned!

One UI 4.0 update for Galaxy phones inches closer as Samsung lays the groundwork