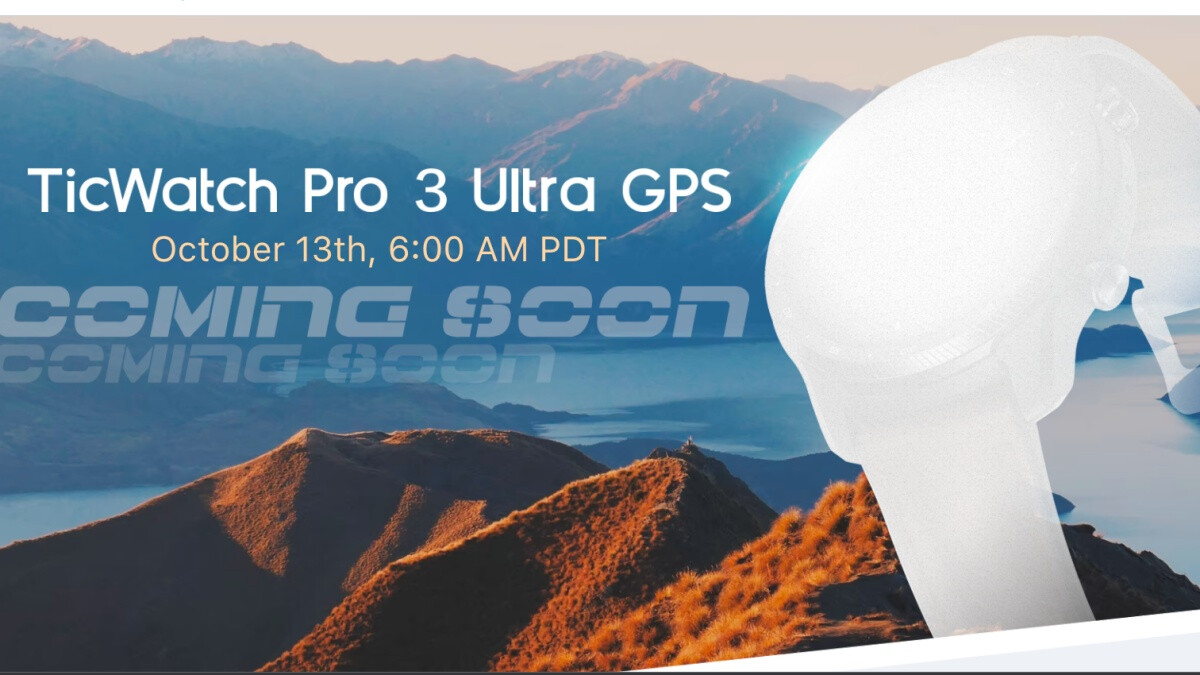 Mobvoi may not be ranked among the world’s top five smartwatch vendors (as of Q2 2021, anyway), but there’s no denying the company’s great recent progress in a very competitive and crowded market copiously dominated by Apple.

The TicWatch Pro 3, for one, is undoubtedly one of the best Android smartwatches money can buy right now, and if you’re willing to wait just a little bit longer, you’ll be able to get an even better wearable device at a presumably reasonable price.
That’s because Mobvoi has confirmed the impending arrival of a TicWatch Pro 3 Ultra GPS model that will unfortunately run an older Wear OS version at launch. The product’s official announcement is scheduled for 6 AM PDT next Wednesday, October 13, and believe it or not, there’s already a way for you to win a free unit.
Said “Ultra” smartwatch, mind you, is not entirely wrapped in secrecy, almost certainly packing Qualcomm’s newest Snapdragon Wear 4100+ processor to deliver a healthy performance upgrade over the already speedy non-Plus Snapdragon Wear 4100-powered TicWatch Pro 3 GPS.
As the name suggests, the Pro 3 Ultra will initially come in a GPS-only variant, possibly starting at the same $300 price point as its predecessor while reportedly focusing primarily on fitness and health monitoring improvements. Most of the specs and any potential design revisions are still under wraps, so if you’re interested in an Android-compatible Apple Watch Series 7 alternative… unlikely to get Google’s Wear OS 3 update very soon, you should tune in on Wednesday.

Nintendo Switch OLED launches today, but buyers in the US and Europe report delays