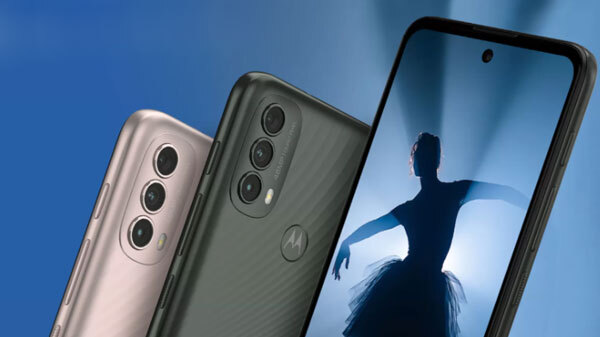 Motorola just refreshed its budget smartphone series with the launch of the Moto E40 and the Moto G Pure. The former is confirmed to launch in India as well tomorrow. The online availability of the handset has now been confirmed. The specifications and the design of the device have also been revealed by the dedicated microsite on the e-commerce platform.

Moto E40 To Go On Sale Via Flipkart In India

The Moto E40’s dedicated microsite has been made live at Flipkart. The handset is confirmed to make its debut on October 11 in India. The microsite has listed the entire spec sheet of the upcoming phone. The features listed are identical to the international model launched last week.

The Moto E40’s Flipkart listing doesn’t reveal the pricing. However, the handset is expected to debut in the price range of Rs. 10,000- Rs 15,000. The exact price would be confirmed during the official launch tomorrow.

The device will feature a 48MP main camera at the back along with a macro and depth sensor. The Moto E40’s Flipkart microsite also confirms the Unisoc T700 octa-core processor with a 1.8GHz base frequency. The device will be launched with 4GB RAM and 64GB storage configuration in India.

This is also the same as the international model. The device will have an external microSD card support and ship with Android 11 OS. The UI pre-installed would be MyUX.

The Flipkart microsite has also confirmed a dedicated Google Assistant key and a rear-mounted fingerprint scanner which will be inscribed with the ‘M’ logo at the back. The handset will have a 5,000 mAh battery and an IP52 certified body making it water and dust repellant.

As mentioned above, the Moto E40 is heading to India with the same specifications as the international model launched recently. No India-specific hardware change has been made to the device. But that shouldn’t stop the handset from being successful in the Indian market compared to the other budget Chinese counterparts.