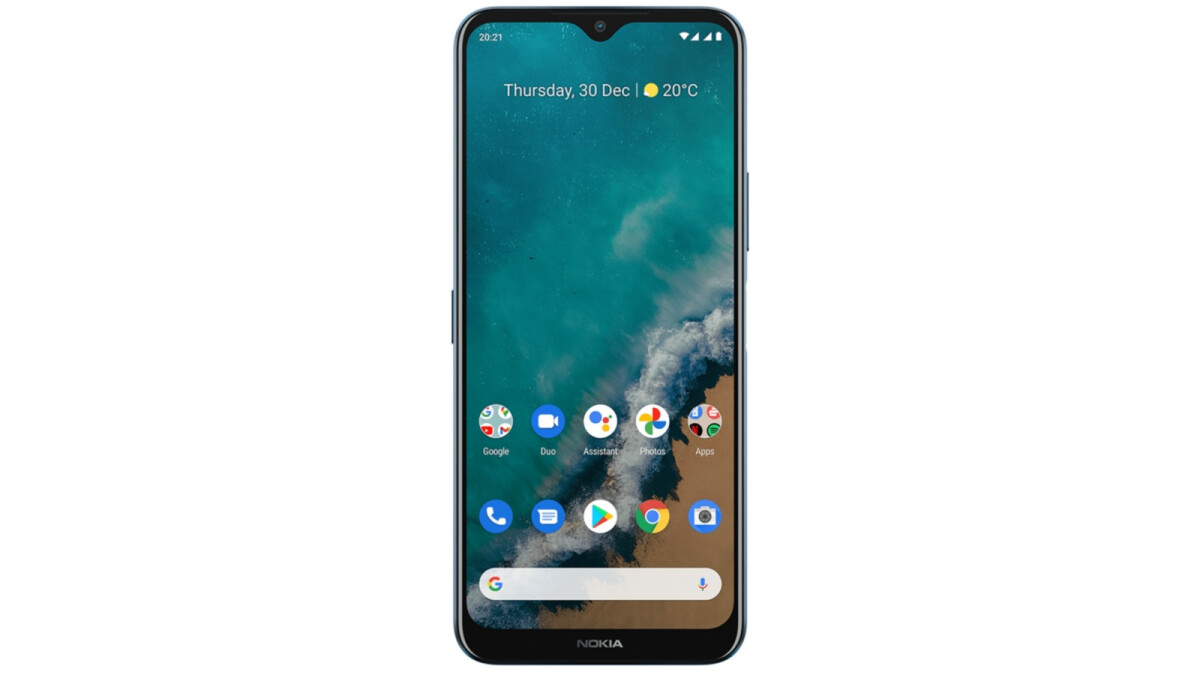 Between the rugged XR20, modest C30, and mid-range G20, HMD’s Nokia smartphone naming scheme has been a little all over the place of late, making it a lot harder than just a couple of years ago to keep track of everything and wisely choose the best device to fit one’s individual needs and preferences.

While we’re not entirely sure when the Finland-based company plans to unveil its next Nokia-branded handset, this is pretty clearly right around the corner, but instead of making the whole 2021 product portfolio easier to understand at a glance, the 5G-enabled G50 could further complicate things.
Curiously enough, the notched screen of the G50 5G is expected to be slightly smaller than that of the 4G LTE-only Nokia G20, at 6.38 inches (versus 6.52), while sporting a very similar (and similarly mediocre) resolution of 1560 x 720 pixels.

The two devices are also all but guaranteed to share a sizable chin and side-mounted fingerprint sensor, with the Nokia G50 likely to eliminate one of the G20’s four rear-facing cameras as well. Of course, the secondary and tertiary lenses could always be upgraded to make the triple shooter system overall better than its quad counterpart, but we highly doubt that will prove to be the case in the end.

The 48MP primary snapper, in case you’re wondering, may well be the exact same one carried by the Nokia G20 on its back, while the Snapdragon 480 processor will be borrowed from the XR20 5G.
Last but certainly not least on the (credibly) rumored list of Nokia G50 features, you’ve got a 4,850mAh battery that should be capable of delivering extremely similar running times between charges as the 5,050mAh cell under the hood of the 6.52-inch G20.
All in all, the Nokia G50 sounds like a… decent prospective candidate for the title of 2021’s best budget 5G phone, potentially carrying just a slightly higher price point than the ultra-affordable $200 G20. For the time being, however, there are no guarantees regarding US availability, with European pricing tipped to circle the very reasonable €230 mark.