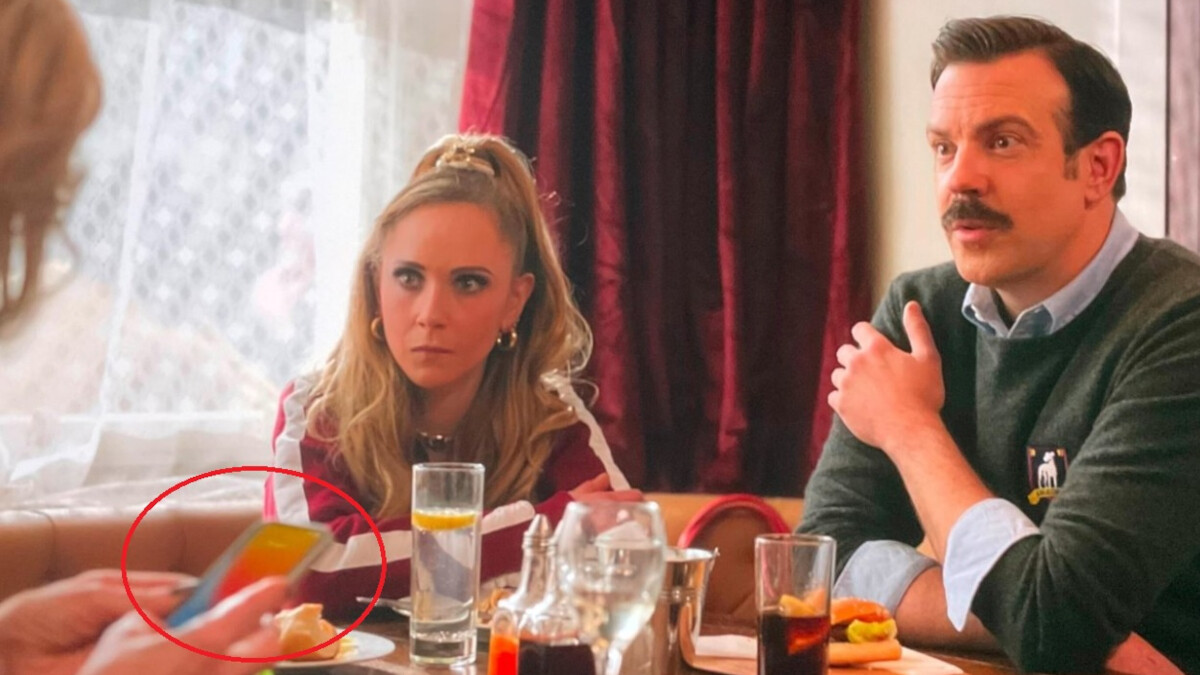 One of the popular original shows available on Apple TV+ is a comedy called Ted Lasso starring Jason Sudeikis in the titular role. Lasso was a football coach who led the Wichita State Shockers to the NCAA Division II championship. He is hired to coach AFC Richmond, a struggling soccer team in the Premier League even though he knows squat about soccer. It is all part of a scheme by recently divorced team owner Rebecca Welton to get back at her cheating ex since he only cared about the team.

Now into its second season, the show has already been renewed for season three. But that is not the big news. In episode six of season two, an episode called “The Signal,” viewers took to Twitter to report that a notchless iPhone 13 model appeared in the show. Twice during the episode, a notchless iPhone 13 surfaces with the usual iPhone UI on the screen but without a notch.

The notch, which first appeared on 2017’s iPhone X, is supposed to shrink in size on the iPhone 13 series. Eventually, Apple is expected to remove the notch by putting the components for Face ID under the screen along with the front-facing camera for FaceTime, or by returning to Touch ID and integrating the fingerprint sensor with the power button (which Apple already did with the iPad Air (2020), or by placing the fingerprint sensor under the display.
It is possible that the notch could have been edited out in post-production by mistake. It is unlikely that with the unveiling of the iPhone 13 line just weeks away, Apple would pass along big news about a notchless iPhone 13 model via a product placement on a television show. In one close-up of the phone, it is apparent that digital special effects were employed.

One image shows the back of the iPhone 13 with a completely fake camera module on the back. The vertical placement of the cameras on the module resembles the setup that Apple used on the iPhone 11.

While we don’t believe that the notchless iPhone 13 that appears in the episode of Ted Lasso that dropped on Friday is the real thing, you can always hope that it is. That is the thing about television. Special effects and makeup are used to distort the truth so as to give the viewer what he wants to see-even if that thing is a notchless iPhone 13.