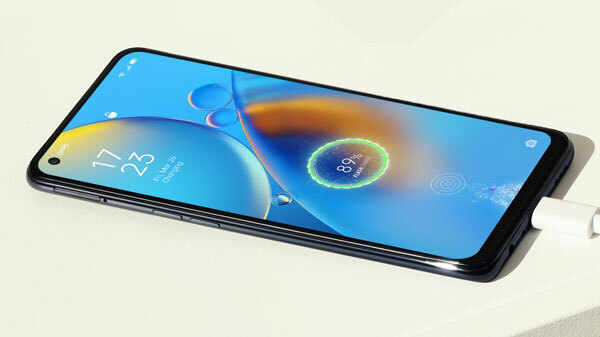 Oppo is reportedly working on a special edition of the F19 smartphone that will be announced as the Oppo F19s. The upcoming handset will join the existing models of the F19 series which includes the Oppo F19, F19 Pro, and the F19 Pro+. The device has now been spotted on the Bluetooth SIG certification website, hinting at an imminent launch.

The phone comes with model number CPH2223 and the Bluetooth SIG listing only confirms that the device will come with Bluetooth 5.0 support. The same model number phone had already visited the BIS website. It means the Oppo F19s will launch soon in the country. As per the previous report, the handset will arrive during the festive season in India. So, the launch could take place sometime in October or November.

As far as features are concerned, the Oppo F19s is expected to come with a similar set of features as the standard Oppo F19. So, the device will have a 6.43-inch full-HD+ (1080 x 2400 pixels) AMOLED display with a 20:9 aspect ratio. The Oppo F19s will be powered by the Qualcomm Snapdragon 662 SoC paired with Adreno 610 GPU and 6GB of RAM, and 128GB of default storage that also supports additional storage expansion via microSD card.

It will pack a triple rear camera setup that will include a 48MP primary sensor, a 2MP depth sensor, and a 2MP macro shooter. Upfront, the device will feature a 16MP selfie camera. Moreover, the smartphone will run Android 11 with ColorOS 11.1 on top and pack a 5,000 mAh battery with 33W fast charging support.

As of now, Oppo has not shared any word regarding the upcoming Oppo F19s. To recall, the brand launched Oppo F17 Pro Diwali Edition last year during the Diwali festival which came with similar features as the F17 Pro except for color difference. So, the upcoming Oppo F19s might also follow the same strategy. However, we will have to wait for the official confirmation on the same.