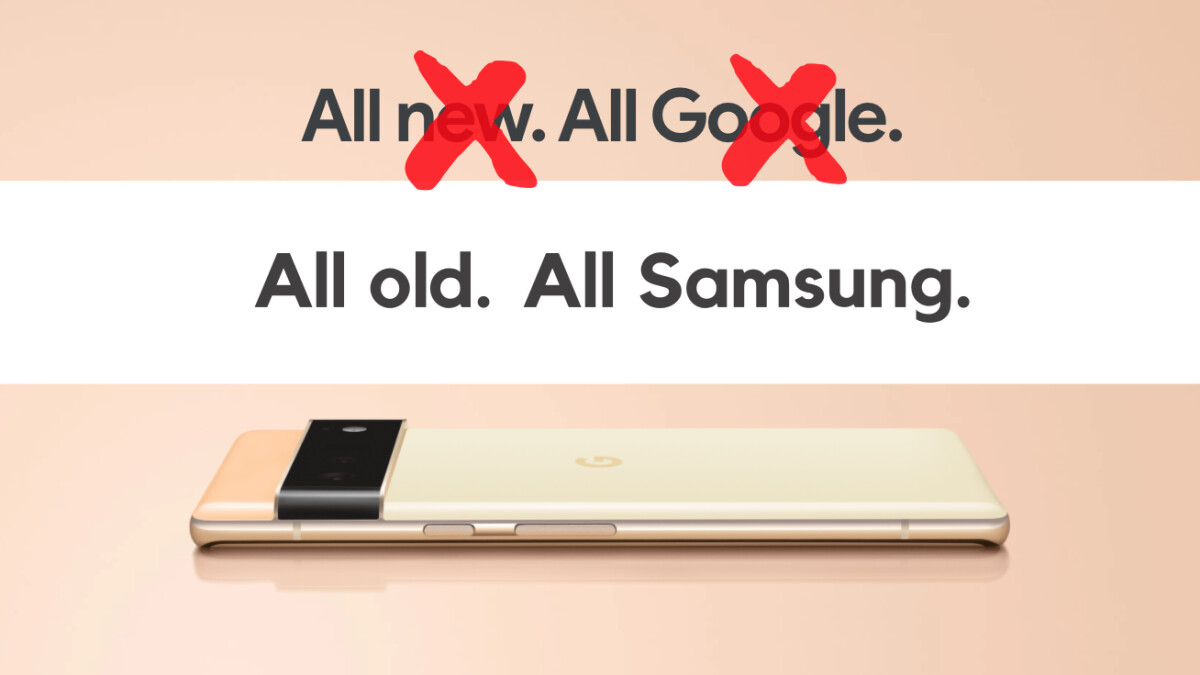 Just like everyone else, I was surprised and shocked when the Google Pixel 5 was released back in 2020. It was powered by the mid-range Snapdragon 765G processor, and it came with just two cameras on the back. The rest of the hardware was good, but nothing particularly special. Companies like Samsung and even Apple had flashier phones with more character and extra features. The Galaxy Note 20 Ultra and iPhone 12 Pro series had more versatile cameras and much more powerful chipsets.Well, as it turns out, Google’s partnership with Samsung for the Pixel 6’s Tensor processor; camera sensors; displays, and modems, started way before the Pixel 6, or even the Pixel 5 was released. Also, by all signs, the Google Pixel 5 was a “flagship” that Google had to rush out the door, after the Tensor plan fell apart. If you look at Google’s proper mid-ranger – the Pixel 4A (5G) that accompanied the Pixel 5, everything aligns:

As you can see, the Pixel 5 is pretty much a Pixel 4A (5G) with a fresh coat of paint (Sorta Sage), including some extra features like wireless charging, water-resistance, a barely bigger battery, and a 90Hz refresh-rate screen. It’s as if Google was in a hurry to find enough extra features which can differentiate the Pixel 5 from the Pixel 4A (5G), so it can pass for a flagship device. They couldn’t come up with a brand new chip or camera system on short notice, so we got some other extras.

Was the Google Pixel 6 meant to come out in 2020 and was Pixel 5 a rushed makeshift flagship?

The Pixel 5 wasn’t meant to exist?!

It’s interesting to find out that Google was actually ready to take on Apple and Samsung with a heavy-hitter over a year ago. Obviously, things simply didn’t go to plan. However, what’s even more interesting is that this more or less affects the Pixel 6 – now. The Google Pixel 6 and Google Pixel 6 Pro will, essentially, be powered by a version of Samsung’s Exynos 2100 processor (from the Galaxy S21) in combination with Google’s own TPU, designed for ML (Machine Learning).

Yes – in case you’re wondering, it’s highly unlikely that Google’s built an SoC from the ground up. That’s why it needed Samsung to provide the CPU and GPU in the face of Exynos and Mali. Also, yes – combined with Google’s unique TPU for things like image, and speech processing, we get what Google calls “Tensor”.

“The difference between CPU, GPU and TPU is that the CPU handles all the logics, calculations, and input/output of the computer, it is a general-purpose processor. … TPUs are powerful custom-built processors to run the project made on a specific framework, i.e. TensorFlow.”

Google Pixel 6 and Pixel 6 Pro: Samsung GN1 camera sensor is over a year old, but it doesn’t really matter

Another piece of hardware on the Pixel 6 and Pixel 6 Pro that’s not necessarily new is Samsung’s GN1 camera sensor. This sensor was released back in May 2020, and by all looks it was supposed to be first used in the Pixel 5. As we already know, this didn’t happen.Samsung’s GN1 camera sensor is now over a year old, and the South Korean tech giant already released its GN2 camera sensor, used in flagship phones like the Xiaomi Mi 11 Ultra, which delivers stellar camera experience.

Is the Samsung GN1 camera sensor rather dated now? Yes. Is it a bad sensor? Absolutely not. We’ve already explored this in a recent story about what Samsung’s GN1 camera sensor would allow you to do in combination with Tensor on the Pixel 6.

Furthermore, given the fact that the Pixel 5 used the Pixel 3’s primary camera sensor, which itself was pretty much the same as the one on the Pixel 2 – any newer sensor was going to be a massive upgrade for Google. Google’s already shown that it can deliver a great experience even with four-year old hardware. Samsung’s GN1 is only about a year old.

Tensor might not be a benchmark champ, but it might be enough to make Pixel 6 the benchmark phone

Pixel 6 and Pixel 6 Pro have been in the works for a long while, but the wait should be worth it!

The takeaway here is that the hardware on the upcoming Pixel 6 and Pixel 6 Pro was likely supposed to be ready and released in 2020. So, it’s not a surprise that Tensor is expected to be comparatively weaker than the Snapdragon 895, Apple’s A15 Bionic, or even Samsung’s upcoming Exynos 2200 with AMD graphics, which should power the Galaxy S22 series. Of course, we are talking raw power, not real-world use.Same for the primary camera sensor on the Pixel 6. For example, future Xiaomi and Samsung devices are expected to utilize newer camera hardware made by Samsung and Sony. The smartphone market evolves fast. Is any of this a problem? I’d say… no. Not really.
Don’t forget – Google is a software company! What Google is trying to do here is what it’s always done. Sundar Pichai and company want to deliver an advanced software experience. Not just with Android 12, but also with the photo processing; video rendering, and speech recognition on the Pixel 6. It was already promised that these will be the three main areas of focus for the new flagship – the pillars of the Pixel.

Google Pixel 6: Coming out in September?

This is a screenshot shared by Hiroshi Lockheimer – Google SVP. It reveals a Pixel device with an in-screen fingerprint reader, likely the Pixel 6. However – could the “time” on the screenshot actually be a date?! Is Google Pixel 6 coming out September 13 – a day before the iPhone 13?! That’s a stretch, but stretching is good for you.

Yes, perhaps the Pixel 6 (in a Pixel 5 body?) was meant to come out a year ago, but this doesn’t make it less exciting. The Pixel 6 and Pixel 6 Pro are probably about a month away now, if we judge by the launch of the Pixel 5, which was announced on September 30, 2020.

It won’t be a big surprise if Google decides to pull the Pixel 6 announcement for earlier. As you might know, the Pixel 6 was already pre-announced. Furthermore, by all looks, its main competitor – the iPhone 13might be announced as early as September 14. It’ll make a lot of sense for Google to try and go head-to-head with Apple, especially given the promising hardware on the Pixel 6. Some say it’s Google’s first real attempt to take on the iPhone.

Although Google certainly has a good shot at delivering a better phone, it’s going to be pretty hard to outshine the Apple event – it’s kinda what Apple is known for. So, it’s 50/50 whether Google will want to get into this. Anyway, we are looking forward to both the iPhone 13 and Pixel 6! What an exciting time for smartphone enthusiasts!