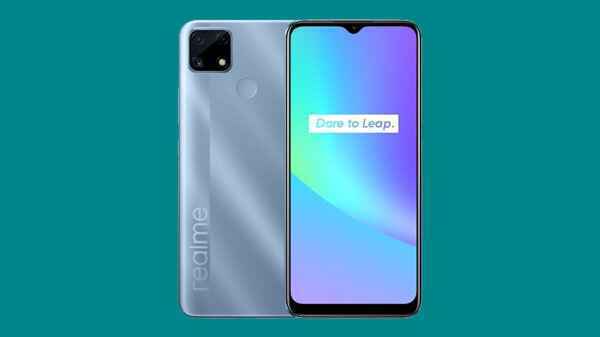 A new mystery Realme smartphone has just paid a visit to the TENAA mobile authentication platform. The device is tipped to be a new Q series model which will be launching soon. The certification website has also revealed the full specifications which confirm it to be the next mid-range 5G smartphone by the company. Separately, the company is also gearing up for an affordable smartphone launch in India under the Realme C series. Check out the details below:

The mystery Realme smartphone which has been certified via TENAA bears the RMX3357 model number. The device has been spotted at the certification website by a Chinese tipster who has shared the details on Weibo. The alleged Realme Q5 series handset’s leaked image shows a punch-hole placed at the top-left corner.

The display measures 6.43-inches and will be an OLED panel with 1080 x 2400 pixels FHD+ resolution. The panel will either have a 90Hz or 120Hz screen refresh rate. The listing suggests a 16MP selfie camera. The display will also integrate a fingerprint scanner. Under the hood, the Realme Q5 is said to pack the Dimensity 1200 processor.

The configuration details are not mentioned; however, the device is confirmed with Android 11 OS. This Realme Q5 series smartphone is said to have a 4,400 Mah battery aided by a 65W fast charging. While the battery size is smaller compared to the market standard (for a mid-range phone), the faster charging support would make up for it.

The Realme Q5’s TENAA listing also mentions a triple-rear camera module consisting of a 64MP primary sensor an 8MP ultra-wide-angle sensor, and a 2MP sensor. As of now, there is no confirmation from Realme if the Realme RMX3357 is indeed the Realme Q5 series handset or some other model. We will likely see some development in the coming days.

As mentioned earlier, Realme is prepping up for another budget smartphone launch in India this month. The Realme C25Y is the next affordable offering which as per a report via 91Mobiles would be announced later this month. However, the publication hasn’t revealed any specific launch date or the expected features.

The report does note that the Realme C25Y will be a trimmed-down version of the Realme C25 which was also launched recently in India. Also, the device is said to be priced below Rs. 10,000 in the country. We are waiting for some more details to surface on the Realme C25Y and will keep you posted with the updates.