Press material leak: Pixel 6 is 80 percent faster than Pixel 5, thanks to Google Tensor 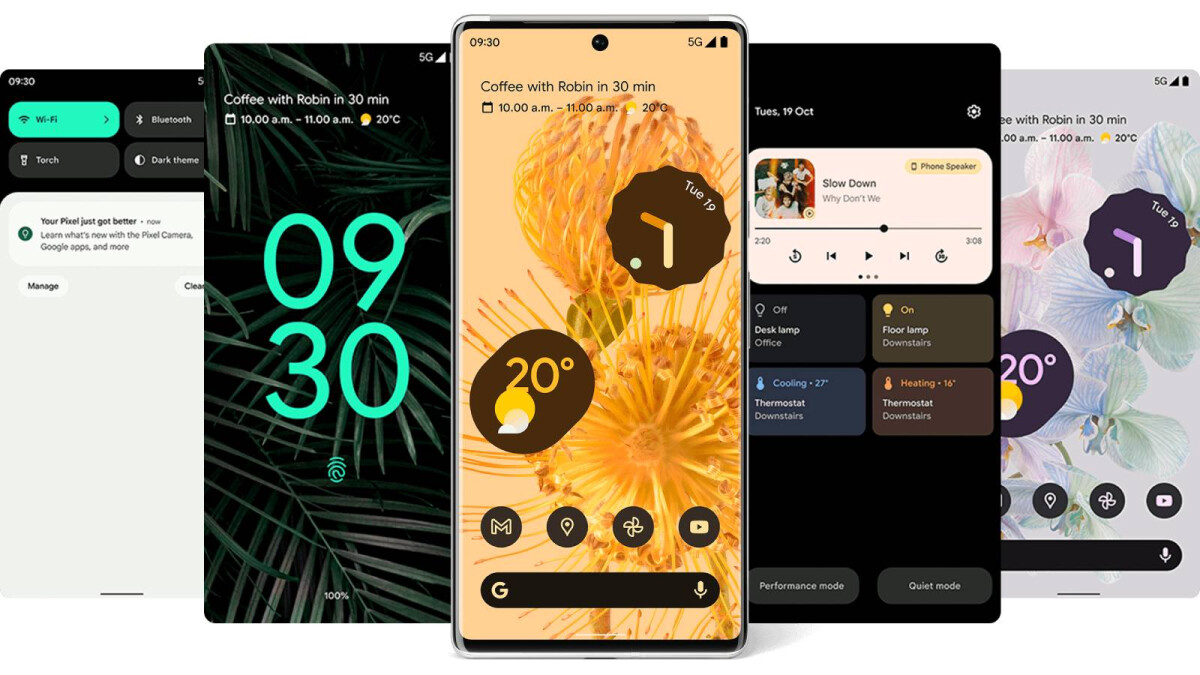 Press material leak: Pixel 6 is 80 percent faster than Pixel 5, thanks to Google Tensor

Leaker Evan Blass is the gift that keeps on giving. A couple of days back, he leaked what appears to be the official marketing material for the highly-anticipated Google Pixel 6 and 6 Pro. And today, he is back with some more press content, which originally comes from the UK-based phone retailer Carphone Warehouse Limited.

The images largely confirm what Google and leaks have already disclosed. The phones are powered by Tensor, the first chip Google has made for smartphones. It’s heavily focused on artificial intelligence and machine learning and per the leaked marketing images, the chip will let you translate messages and videos without an internet connection.

Based on the company’s testing, the chip offers 80 performance faster than the Pixel 5, which was powered by Qualcomm’s mid-tier Snapdragon 765G 5G. Google is unsurprisingly also flaunting the chip’s image processing prowess, which, in conjunction with the new hardware, will likely make the Pixel 6 duo one of the best camera smartphone ranges of the year.

The Pixel 6 gets a new 50MP main sensor which can capture 150 percent more light than the Pixel 5. It’s accompanied by an ultrawide unit, which apparently has a resolution of 12MP. The Pixel 6 Pro also gets a third module – a 48MP telephoto lens with 4x optical zoom and 20x Super Res Zoom.
The Pro 6 Pro allegedly features a 12MP front camera, and today’s press release has revealed that it’s an ultrawide unit with a 94 degrees field-of-view.
The camera sensors are aided by various software-powered features including Magic Eraser for obliterating unwanted objects and people, and Portrait mode for blurring out the background.

The Pixel 6 sports a 6.4-inches high-refresh-rate display (supposedly 90Hz) and the Pro has a 6.7-inches 120Hz LTPO display, which means the refresh rate is dynamic and will change automatically in response to the content being shown to conserve battery life.

The devices boast IP68 protection against water and dust and their displays are protected by the Corning Gorilla Glass Victus.

Google seemingly claims that the Pixel 6 offers an all-day battery life, which can be extended to up to two days with the Extreme Battery Saver. The battery is reportedly 4,620mAh and it will support 30W charging, but you will have to buy the charger separately. Google has also made a new wireless charging stand for the phones.

The Pixel 6 Pro allegedly has a 5,000mAh battery and Google says it should be good for more than a day. According to today’s leak, it will only require 30 minutes for a half charge and the phone also has a Battery Share feature with which it can charge other devices.

The material also shows off the new Android 12 interface, including the At A Glance widget which intuitively shows just the information you need. Google has also committed to providing at least 5 years of software updates.

The phones will reportedly go on sale towards the end of the month after a ceremonial event on October 19.

OnePlus Buds Z2 will come with up to 40dB noise canceling