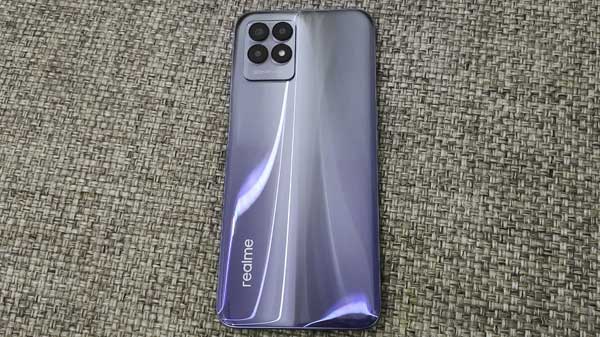 The Realme 8S 5G is the latest offering which arrived alongside the Realme 8i. Well, this article is centred on the latter which has standard 4G network connectivity but is the world’s first Helio G96 processor. Realme has launched the Realme 8i starting at Rs. 13,999 which is the price of 4GB RAM and 64GB variant.

There is a 6GB RAM+ 128GB storage model as well which is tagged at Rs. 15,999. The device takes on its rivals with a 120Hz display and a 50MP triple-rear camera module. We have received the unit for review at Gizbot and are sharing our initial impressions.

If you have shortlisted this device as your next budget smartphone, read on the pros, the cons, and the x-factor to be sure it’s the right deal.

Realme 8i: The Good

For a long, we have seen the budget and mid-range smartphones bringing a 48MP or 64MP primary camera sensor. However, several brands have already started incorporating a 50MP main camera already. The Realme 8i is the one such latest model in the sub Rs. 15,000 price category that equips a triple-rear camera module comprising a 50MP main lens.

It is a Samsung S5KJN1 sensor that has an f/1.8 aperture combined with a 2MP macro sensor and a 2MP portrait sensor both of which have an f/2.4 aperture. Our first impressions of the Realme 8i’s camera is good. The main camera captures the details in every shot.

A dedicated Night mode is also present for low-light photography. We will give detailed feedback on the camera performance in our comprehensive review. We have some good hopes looking at the initial performance.

The device employs a 16MP camera for selfies and video calling. The self-portraits are also good and you can easily click abundant selfies for social media uploads.

Realme is one of those brands which have launched budget smartphones with a 90Hz refresh rate. We have seen a bunch of devices from the Narzo series along with the Realme 7 and the Realme 8 series.

The Realme 8i takes a leap with a 6.6-inch LCD display. Besides the refresh rate, the screen resolution is also higher than most of the budget offerings. The device comes with 1080 x 2412 pixels FHD+ resolution, 100 percent DCI-P3 color gamut, and 600 nits peak brightness levels.

The refresh rate settings range from 30Hz, 48Hz, 50Hz, 60Hz, 90Hz, and 120Hz. The touch UI is intuitive and offers smooth feedback throughout.

The display has good saturation levels and the color production is vivid. Brightness levels are decent outdoors. The overall display output is good.

The Realme 8i has an appealing iridescent rear panel. But, the beauty here comes at a cost. The back panel is instant with picking up smudges and fingerprints; as you would expect from any glossy panel.

The back panel has a square-shaped camera module housing three sensors and an LED flash. Also, the handset’s big form factor hampers the single-hand user experience. The device features a side-mounted fingerprint scanner which we found to be quick and accurate in our initial testing.

The volume keys are on the left panel, for a change alongside the SIM-card tray. This is a welcome change in design. The bottom panel has a 3.5mm headphone jack, a USB Type-C port, and a speaker grille.

The Realme 8i runs on Android 11 OS topped with Realme UI 2.0 on top. You will be familiar with the user interface if you have got chance to use any Realme smartphone launched this year.

The UI’s appearance is a stock Android mimic. However, there are a bunch of pre-loaded bloatware that makes the UI a bit cluttered. We didn’t see any major ads flocking over the apps yet.

Realme 8i: The X- Factor

The Realme 8i’s major highlight comes in the form of the Helio G96 processor. This is the latest octa-core processor by MediaTek which is gaming-oriented and is based on a 12nm process.

We played a bunch of games and have been impressed by the performance as of now. We will be putting it through extensive gaming tests to judge the speed performance and also temperature stability.