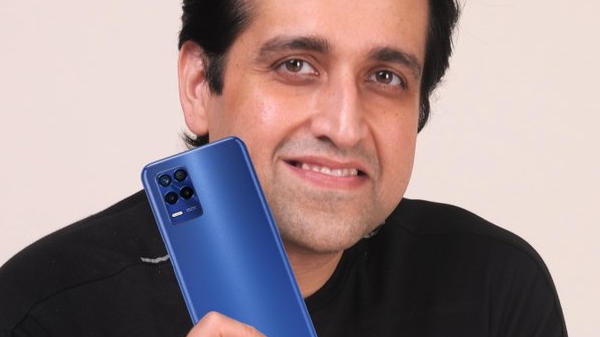 Realme is all set to launch yet another mid-range 5G smartphone next week — the Realme 8s 5G. This is said to be the first smartphone to be powered by the MediaTek Dimensity 810 SoC, which offers a better CPU performance and improved 5G speeds when compared to the Dimensity 800U.

According to leaks, the Realme 8s 5G is said to feature a 6.5-inch display with FHD+ resolution and a 90Hz refresh rate. The display is likely to be protected by a 2.5D curved tempered glass with support for Widevine L1 certification with support for HD streaming on platforms like Netflix and Prime Video.

Coming to software experience, the Realme 8s 5G will ship with Android 11 OS with custom Realme UI 2.0 skin on top. The device is expected to offer 6/8GB of RAM and 128/256GB internal storage, possibly with a microSD card slot and dual nano-SIM card slots with support for a 5G network on both slots.

A 5000 mAh battery is likely to fuel the smartphone, possibly with support for 30W fast charging via the USB Type-C port. Lastly, the smartphone is expected to offer a 3.5mm headphone jack. Coming to the price, given most brands have started to increase the price of their devices, the Realme 8s 5G is likely to cost more than the Realme 8 5G.

Xiaomi Mi 10i 5G teased ahead of January 5 announcement