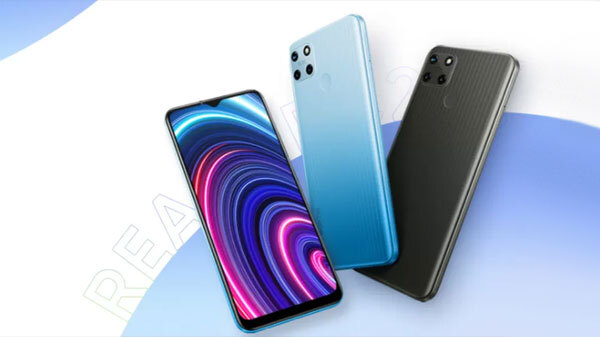 Realme is all set to launch an entry-level smartphone named the Realme C25Y on September 16 in India. The upcoming smartphone is expected to be a toned-down variant of the existing Realme C25 that was launched back in April. The design and few features of the upcoming Realme C25Y have also been revealed by the company.

The brand has announced the launch date of the Realme C25 via a post on the community forum. The launch has been scheduled for September 16 at 12:30 PM (noon). Besides, the official teaser has also shown the design of the upcoming smartphone. Alongside, Flipkart has also made a dedicated microsite for the upcoming Realme C25Y which also reveals features of the handset. It also confirms the availability of the handset on the e-commerce site.

Going by the official teaser, the smartphone will have a similar design language as the Realme C25. Further, the phone will feature a water-drop notch at the front to house the selfie camera and a triple rear camera setup which will include a 50MP main lens.

There will also be a rear-mounted fingerprint sensor for security and the Flipkart listing has confirmed the device will be powered by the powerful octa-core Unisoc T610 chipset. Apart from this, nothing more is known at this moment. However, we expect the smartphone will run Android 11 OS and also pack a large battery and display.

To recall, the Realme C25 was launched with a 6.5-inch IPS LCD display that offers HD+ resolution. The device runs the Helio G70 SoC which is paired with 4GB of RAM and up to 128GB of internal storage that also supports additional storage expansion. Other features include a 6,000 mAh battery unit with 18W fast charging support and the standard connectivity option.

The price of the Realme C25Y is under wraps at this moment. However, considering the Realme C25 price, we expect the handset will fall under Rs. 10,000 segment in the country. It is also expected to compete with other brand’s entry-level smartphones.