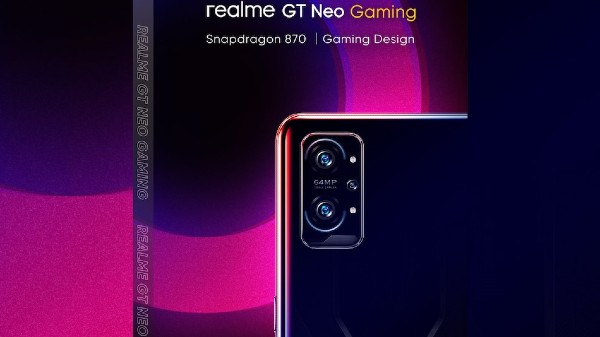 Realme GT, Realme GT Master Edition recently hit the Indian market with some high-end specs. Now, the company could be working on another model as part of the same series. Reports point to Realme GT Neo Gaming, which could launch pretty soon. A tipster has revealed the phone’s pricing, design, and other key specifications.

Apart from the pricing, the tipster has also revealed the specs of the alleged Realme GT Neo Gaming. If these reports are to be believed, the upcoming Realme phone will draw power from the Snapdragon 870 chipset, just like the OnePlus 9R. A triple-camera setup at the rear has also been leaked with a 64MP primary lens.

Looking at these specifications, the Realme GT Neo Gaming seems to take on gaming phones from iQOO and even Asus ROG Phone. However, Realme hasn’t confirmed any of these leaks yet and it’s best to wait for official announcements.

Realme Narzo 30 With 90Hz Display Launched; When Is It Coming To India?