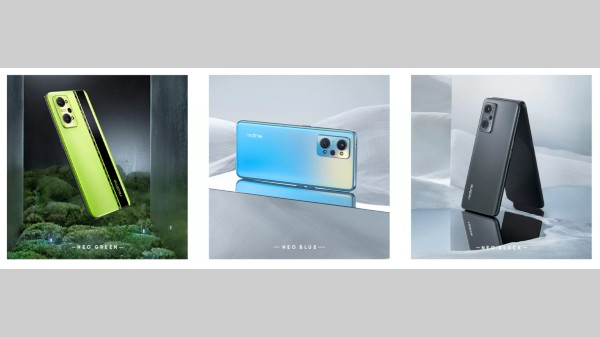 The Realme GT Neo2 launch time is scheduled at 12:30 PM IST. The launch will be live-streamed on Realme’s YouTube channel. Interested viewers can simply click on the below link to view the event. Also, regular updates will be shared via the company’s social media handles, including Twitter.

Realme GT Neo2 Features: Everything We Know So Far

Realme GT Neo2 has already debuted in China, giving us an idea of what to expect. The smartphone flaunts a 6.62-inch FHD+ E4 AMOLED display with Gorilla Glass 5protection and DC dimming. The display supports a 120Hz refresh rate and 600Hz touch sampling rate. Under the hood, the Realme GT Neo2 draws power from the Snapdragon 870 chipset and we can expect the same coming to India.

Additionally, the Realme GT Neo2 is tipped to pack a 5,000 mAh battery with 65W fast charging support. This would surely help gamers and content creators. Plus, the phone is said to include a 16MP selfie camera housed in the punch-hole cutout.

Realme GT Neo2 Price In India: What To Expect?

The Realme GT Neo2 has already been teased on Flipkart, confirming its availability. The phone will also be available on the Realme India website. The Realme GT Neo2 price in India is expected to be around Rs. 30,000 for the base model. This makes the phone up against devices like the OnePlus 9R, Mi 11X, and so on. The precise pricing will be revealed later today.

Apple may have problems getting enough chips for the iPhone 13