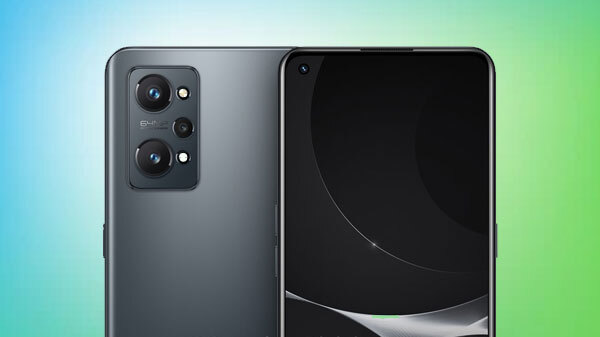 After lots of rumors and speculations, Realme has finally confirmed the launch date for the GT Neo2. The smartphone is launching on September 22 at 2 PM local time (11:30 AM IST) in China. The brand has not shared any details apart from the launch date. However, thanks to the leaked renders and reports, we have the detailed features and design of the upcoming Realme GT Neo2.

Realme GT Neo2 Design And Features We Known So Far

The Realme GT Neo2 will come with a punch-hole cutout on the top-left corner for the selfie camera sensor. The volume keys will be on the left edge while the power button will be placed on the right side. The SIM card slot, USB Type-C port, speaker grille, and microphone were seen on the bottom edge. Further, the handset is expected to come in blue and black color options.

In terms of features, it is tipped to sport a 6.62-inch Full HD+ display with a 120Hz refresh rate. The GT Neo2 will run the Snapdragon 870 chip paired with 8GB RAM and up to 128GB storage options. The camera department will be handled by a triple sensor which will house a 64MP main lens, an 8MP ultra-wide camera, and a 2MP macro shooter along with a dual-LED flash.

Upfront, there will be a 16MP camera sensor for selfies. Other features might include an in-display fingerprint scanner, Android 11 OS, and a 4,500 mAh battery with support for 65W fast charging.

There is no word on the pricing of the handset. It is expected to announce at the launch once. We expect it will also get a cheap price tag like other GT series devices. Additionally, the phone is believed to compete with smartphones like the OnePlus 9R and the iQOO 7, which are also running the same SD870 chip.

When Is It Coming To India?

As of now, the India launch date is still unknown. The brand recently launched GT series devices and Realme 8 series smartphones in the country. So, it might come sometime later. However, there is a chance the brand will launch the handset under a different moniker like its predecessor Realme GT Neo. To recall, the GT Neo was launched as the Realme X7 Max in India.