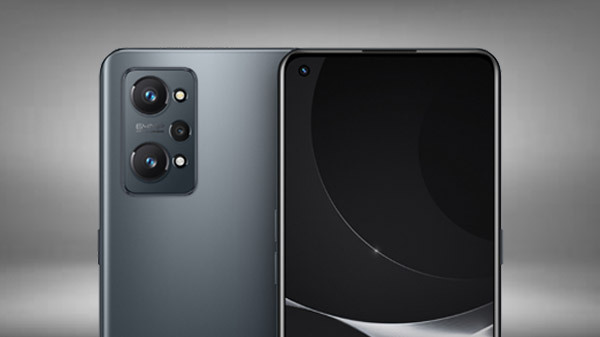 Realme seems to be prepping to launch the successor of the GT Neo dubbed GT Neo2. The Realme GT Neo was originally launched back in March in China with features like the Dimensity 1200 chip, 120Hz display, and so on. Now, a new leak has tipped the design renders and key features of the upcoming Realme GT Neo2.

The info came via a report from Digit via OnLeaks. However, the report does not reveal the launch timeline of the handset. Since the design and detailed features of the handset have been leaked, this means the handset might be in its final stage. So, the Realme GT Neo2 Chinese debut might take place soon. However, it will be best to take this info as speculations until the official word comes out.

Going by the leaked renders, the successor GT Neo2 seems to have a different design compared to its predecessor GT Neo. The phone is seen with curved edges at the rear and a punch-hole cutout at the front to house the selfie camera sensor. The Type-C charging port, SIM tray slot, and speaker grille will be placed at the bottom. On the other hand, the volume buttons will be on the left edge and the power button will be on the right side.

The report also suggests the phone will have a 6.62-inch Full HD+ display that will offer up to a 120Hz refresh rate. The processing will be handled by the Snapdragon 870 chip, in contrast, the Dimensity 1200 SoC featured on the GT Neo. Further, the GT Neo2 is said to come with 8GB RAM and 128GB storage options and is also seen with triple sensors along with dual-LED flash.

The camera sensors might include 64MP main lens, an 8MP ultra-wide camera, and a 2MP macro shooter. For selfies, the GT Neo2 will opt the same 16MP camera sensor as the GT Neo. Other aspects will include an in-display fingerprint scanner, Android 11 OS, and a 5,000 mAh battery.

The report has not mentioned anything regarding its pricing. Considering its features, we expect the successor might cost higher than the predecessor GT Neo that is selling in China starting at CNY 1,799 (Rs. 20,000). Further, we cannot say anything regarding India’s launch at this moment.

Since the brand has recently launched GT series smartphones in the country. For the unaware, the GT Neo is selling as the Realme X7 Max in India. So, it remains to be seen whether the brand follows the same strategy as its predecessor.