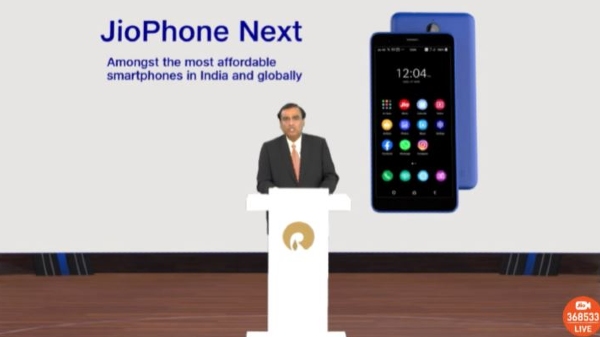 The shortages of chipsets have forced Reliance Jio to delay the launch of its much-awaited JioPhone Next smartphone. The smartphone is expected to be available near Diwali. Notably, the JioPhone Next has been developed under the partnership between Google and India’s leading telecom operator.

Both companies have announced that they made progress in launching the upcoming device. However, industry experts believe that Reliance Jio should manage the supply of the chipsets and other items.

“If we analyze the impact of component shortage by price tier, the entry-level price tier is the most impacted. The price of certain components have increased by almost 20 percent but it’s not just about the price the lead time to procure these components have also increased significantly like from 8 weeks earlier to almost 16 to 20 weeks in for some of the components,” Tarun Pathak, associate director at Counterpoint Research was quoted by ET.

He said that the situation is expected to be continued for the coming months and might affect the price of the upcoming smartphone. However, Reliance Jio in its statement said that this extra time might mitigate the shortages of components.

“Both companies have begun testing JioPhone Next with a limited set of users for further refinement and are actively working to make it available more widely in time for the Diwali festive season. This additional time will also help mitigate the current industry-wide, global semiconductor shortages,” Jio said.

It is worth noting that other smartphone makers have also increased the prices of their devices due to shortages of components and supply chains issues. In addition, the prices of smart televisions have gone up due to the same reason and increased shipments charges.

“Increasing costs will be challenging amid limited component supply, rising shipping charges, and a tough macroeconomic environment. In the short term, vendors will bear the impact of supply chain disruption and will be conservative about raising prices,” said Canalys Analyst Sanyam Chaurasia.

This seems a good decision as this might allow Jio to do more testing and is likely to help the telco to see the situation. But, buyers who are eagerly waiting for the device will have to wait until Diwali for the device.