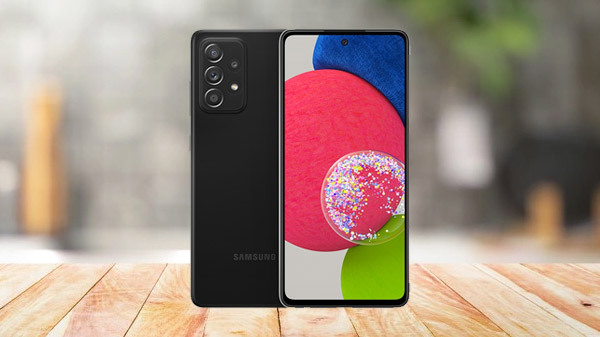 Samsung is ready to launch the Galaxy A52s 5G in India. The company has already announced the mid-range smartphone in the European market with features such as the Snapdragon 778G processor and a 64MP quad-camera. While the details related to its launch are not announced just yet, the pricing for the Indian market has been tipped. Can we expect a cheaper price tag? Find out below:

How Much Samsung Galaxy A52s 5G Will Cost In India?

The Samsung Galaxy A52s 5G will be launched under Rs. 40,000 in India. The information comes via tipster Abhishek Yadav. The tweet shared suggests the 6GB RAM and 128GB storage model will be priced at Rs. 35,999. The device will also have an 8GB RAM model which will be announced at Rs. 37,499.

We can expect the company to launch the device in the same color options as the European market. The Galaxy A52s comes in Awesome Violet, Awesome Black, and Awesome White colours.

Is Galaxy A52s 5G Cheaper Than The Competition?

The suggested Galaxy A52s 5G pricing is under Rs. 40,000 sounds worth a deal for a premium mid-range smartphone. Samsung is yet to confirm this information. However, if this leak turns out to be true then we can expect the Galaxy A52s 5G to be a competitor of the OnePlus Nord 2, Realme GT 5G, and the Oppo Reno6 Pro 5G amongst others.

But there are still a bunch of devices in the market such as the Mi 11X Pro, iQOO 7 series and others that offer a better processor in the same price segment. Hence, if we compare the pricing with the Chinese counterparts, the Galaxy A52s 5G is slightly overpriced.

What About The Samsung Galaxy A52s 5G Features?

The rear camera module features a 64MP main camera paired up with a 12MP superwide sensor, a 5MP macro sensor, and a 2MP depth lens. The smartphone packs a 4,500 mAh battery that supports 25W fast charging.