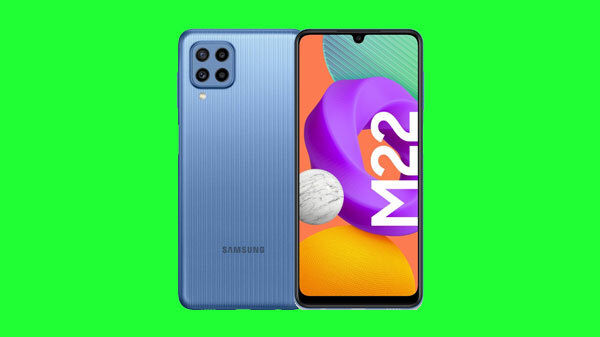 Samsung has been on a launching spree. The brand has recently announced two 5G devices in the country. Now, the South Korean brand seems to be prepping up for another launch. The Galaxy M22 will be the next smartphone that launch is expected soon in the country as the support page has gone live. To recall, the smartphone was originally launched last month in the international market.

The Samsung Galaxy M22 with model number SM-M225FV/DS has gone live on Samsung India’s website. The listing was firstly spotted via 91mobiles. However, the listing does not reveal anything about the handset. We expect the phone will arrive in India with similar features as the international model.

The Samsung Galaxy M22 will have a 6.4-inch HD+ (720 x 1,600 pixels) Super AMOLED display with a 90Hz refresh rate. The phone will be powered by the MediaTek Helio G80 chipset paired with 4GB RAM and 128GB onboard storage that will also support additional storage expansion of up to 1TB via a dedicated microSD slot. On the software front, it will run Android 11 OS and pack a 5,000 mAh battery unit with 25W fast charging support.

For cameras, the smartphone will ship with a quad rear camera setup including a 48MP main camera with an f/2.0 aperture, an 8MP ultra-wide lens, a pair of depth and macro sensors. Upfront, there will be a 13MP selfie camera sensor placed into a notch. Other features include a side-mounted fingerprint sensor for security and dual-SIM (Nano) slots, NFC, Bluetooth v5, Wi-Fi 802.11 ac, USB Type-C port, and 3.5mm audio jack for connectivity.

The pricing of the Galaxy M22 in India is still unknown. We expect it will come under Rs. 20,000 segment and features like 90Hz display, mid-range gaming-centric processor, 48MP quad-camera will help the handset to compete with other brand’s handsets that offer similar features. As far as the launch is concerned, we expect Samsung will soon posting a teaser of the Samsung Galaxy M22.