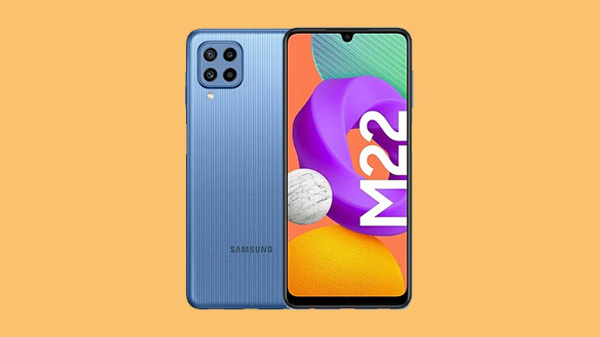 There have been multiple rumours doing rounds online hinting at the Galaxy M22 development. However, until now, no authentic information surfaced revealing its launch timeline. Its official support page listing spotted now confirms an imminent launch. The device will likely be initially launched in Russia before debuting in the remaining global regions including India.

The Samsung Galaxy M22 support page has been updated on Samsung’s Russia website. The device is listed with the SM-M225FV/DS model number. This corroborates with the previous listings on benchmark websites and mobile authentication websites.

Just for reference, the Galaxy M22 has previously been sighted at mobile certification websites such as NBTC, Bluetooth SIG, and also Geekbench bearing the same model number. Notably, the “DS” in the model number is likely for dual-SIM support.

The Galaxy M22’s support page listing has only revealed the model number. The launch timeline remains a mystery. We are waiting for Samsung to announce the official launch date sometime soon. Nevertheless, we already are aware of what to expect from the Galaxy M22 in terms of hardware.

The Samsung Galaxy M22 is expected to ship with MediaTek’s affordable game-centric processor, i.e., the Helio G80 SoC. This processor has been tipped by the Geekbench database. The benchmark website also revealed a 4GB RAM configuration along with Android 11 OS.

The Galaxy M22 might flaunt a 6.5-inch HD+ Super AMOLED display with 720 x 1600 pixels resolution. It is tipped to support a higher 90Hz refresh rate. For optics, there could be a quad-lens setup with a 48MP primary sensor, an 8MP ultra-wide-angle sensor, and a pair of 2MP sensors. The device is also tipped to pack a 15W fast charging supported 5,000 mAh battery.

Samsung has launched several affordable smartphones in both its Galaxy “M” and the Galaxy “A” smartphone lineup. While the company has been upgrading its 5G smartphone portfolio, the standard 4G devices with a cheaper price tag are also amongst Samsung’s consistent offerings. The Galaxy M22 might come with a price tag suitable for a budget audience. The specifics would be clear post the official launch.

In case you forgot, Google Photos is no longer free starting today