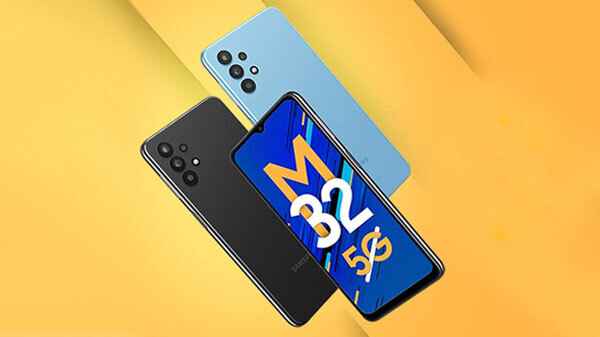 Samsung is reportedly prepping many new smartphones that are all set to see the light of the day in the coming weeks. One of the upcoming smartphones is the Galaxy M32 5G. As per fresh information from the company, the Samsung Galaxy M32 5G is nearing its launch as the device has been certified by the Bluetooth SIG authority.

The listing gives us a hint that the upcoming Samsung smartphone in question could be unveiled sometime this month itself. Also, the screenshot of the listing has been revealed and it spills the beans on some of the notable aspects of the Samsung Galaxy M32 5G.

Based on previous leaks, the Samsung Galaxy M32 5G is expected to be launched with a 6.7-inch S-AMOLED FHD+ display. Under the hood, the device is speculated to use an octa-core Snapdragon 778G chipset alongside 6GB/8GB of RAM options and 128GB storage space.

For imaging, the Samsung Galaxy M32 5G flaunts a 32MP selfie camera at the front and a triple-camera setup at the rear. This includes a 64MP primary camera sensor with an f/1.8 aperture, a 12MP secondary ultra-wide-angle lens, and a 5MP tertiary depth sensor. A 5000mAh battery is likely to power the device from within along with support for 25W fast charging.

Furthermore, it is hinted that the upcoming Samsung smartphone might arrive with Android 11 topped with One UI 3.1, Knox 3.7 security, support for 11 5G bands, Gorilla Glass 5 protection, and various color options including Blue, White and Black. As of now, there is no word regarding the pricing of the Samsung Galaxy M32 5G.