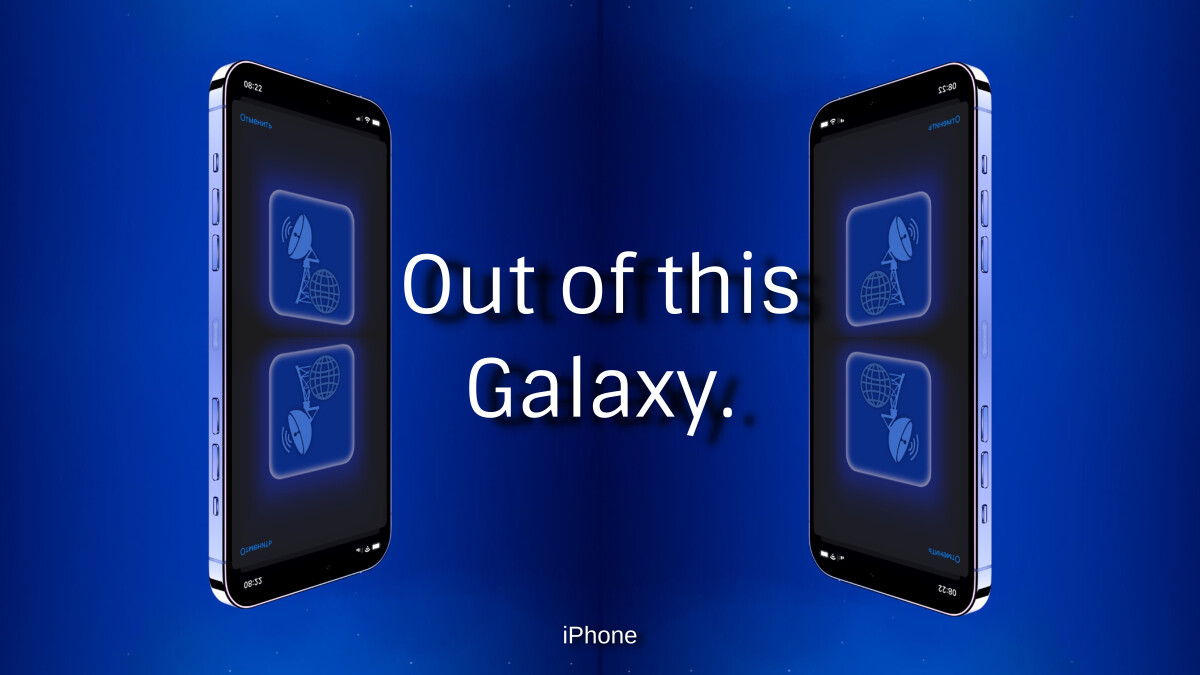 technically isn’t going to be the first smartphone to feature satellite connection. This honor goes to the

from 2019. The X5 was an Android-powered device, which is visibly a satphone

Not that it necessarily lacked anything that smartphones already had back in 2019… It’s just that the specs were very lackluster, especially considering the flagship price of $1,150. Basically, if you were to buy it – you’d do it only for the satellite connection, which sort of defeats the purpose – you might as well buy a separate, cheaper satellite phone.
Nothing screams “no one cares” as much as the single one-star review the Thuraya X5-Touch has on Google. And there’s no one to blame here. The device was advertised as a specialty phone for the Energy, Enterprise, and Government sectors. If your company is part of any of these sectors, chances are you’d go out of your way to find such a phone in case you need it. There isn’t much need for anyone to pursue you to buy it.

Another “not first”, but “probably the best” for Apple: iPhone 13 and iPhone 14 to connect to satellites in case of an emergency

LEO or Low-Earth-Orbit  stands for

As mentioned, the iPhone 13 isn’t going to be the first smartphone capable of establishing a connection with LEO satellites. But the thing is – Apple doesn’t need to be first. Time has shown that Cupertino takes its time with certain hardware and software features, but often delivers a more polished and sometimes even better experience than the competition, once the Apple version is ready. Here are a few examples:

What is a satellite phone, and why does the iPhone 13 need to be one?

It can be a real lifesaver!

Well, it looks like Apple is ready to do it again. As reported by a reliable Apple tipsters, Kuo and Mark Gurman, Tim Cook and company are ready to disrupt the market. This time with… satellites on the iPhone 13 and iPhone 14 (expected in 2022).Satellite phones offer call and text-based communication – yes, just like the cavemen, you’d be able to call people. The service is transmitted exclusively via satellites through different networks like Globalstar, Iridium, Inmarsat, etc. For the iPhone, it’s believed that Apple will be collaborating with Globalstar. We’ve reached out to the Globalstar for a statement on the matter, but without success.

The most common use case scenarios for satellite phones are:

When it comes to the iPhone 13 and iPhone 14, satellite connectivity is expected to be limited to emergency calls. If you have an iPhone, you’d probably know there’s an SOS option when you hold down the power and one of the volume buttons.

Emergency SOS on iPhone allows you to:

These brilliant emergency features can be an actual lifesaver. What’s the problem with them? Well, they won’t work if there’s no coverage. You are at Everest (although there’s a 5G tower available there thanks to Huawei), sailing in the Atlantic, or simply stuck in your basement without 4G/5G or Wi-Fi?That’s where the iPhone 13’s satellite connectivity comes in. According to Bloomberg, it will focus solely on emergency calls/texts, building on the existing Emergency SOS system that’s already on your iPhone. There are two major features that are expected to become available on iPhone 13 and iPhone 14 in 2022:

Considering Apple is expected to work with Globalstar, we can focus on this provider. Globalstar’s satellite constellation consists of 24 second-gen satellites, which don’t exactly cover Earth in its entirety. For example, the poles will be left out, as Globalstar’s satellites don’t reach them. The only satellite network capable of doing so is Iridium‘s. This one covers the whole Earth, including the poles.

Here’s a visual comparison: Globalstar’s coverage isn’t all that… global

In a nutshell, Iridium’s coverage is far superior, and actually “global”, which is ironic. However, it’s interesting to note that amongst other factors, Apple might have gone with Globalstar, because its coverage is just about good enough for the US, Europe, and Australia.

This might be a hint. Perhaps Apple’s planning to make the feature exclusive to iPhones sold in some regions of the world, since for about 40% of the world’s population it’s literally illegal to own or use a satellite phone.

Important things to note about satellite phones: They are expensive; not all are made equal, and your provider matters!

Oh, and they aren’t very… pocketable. Although this one is particularly heavy-duty.