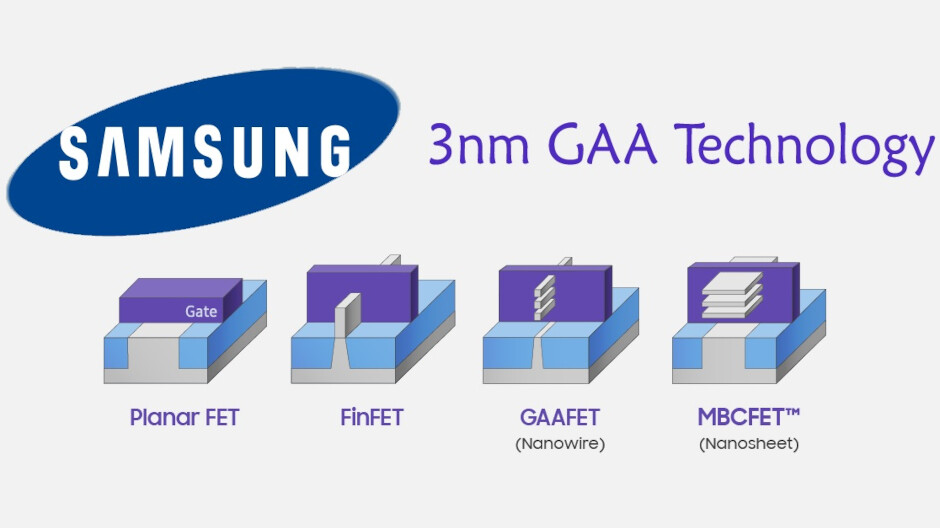 Last week we told you that TSMC’s 3nm process node is being delayed and that the 2022 iPhone 14 series might pack a 4nm A16 Bionic instead of a 3nm A16 Bionic. As a result of the delay, next year’s iPhone model might end up being not as powerful or energy-efficient as hoped. Today, Digitimes Asia reported that Samsung might also experience a delay in getting its 3nm process node off of the ground.
Samsung plans on employing its Gate-all-around, or GAA transistors with its 3nm components to replace the FinFET transistors that it had been using with its older chips. Samsung has reportedly been facing leakage problems with the new technology and the last thing you want if you’re Samsung is to debut the next process node with chips that are not quite up to snuff. According to the report, Samsung’s 3nm GAA chips are not as competitive as TSMC’s 3nm FinFET chips.
Last week, Digitimes also reported that volume production of Samsung’s 3nm GAA technology is unlikely to take place in 2023 as planned. At first, this made it appear as though Samsung would fall well behind TSMC is the race for process superiority. However, with TSMC now facing a serious delay of its own, its hard to say that either foundry has gained an advantage over the other one.

Apple has reportedly already entered orders with TSMC for its 3nm FinFET A16 Bionic chips although the aforementioned delay might result in the use of 4nm chips next year instead. Apple and TSMC already have discussed the production of 4nm components including the M2 chip. The sequel to the M1, the M2 uses ARM architecture and should be found inside certain Macs and iPad models.
Samsung is expected to be responsible for the production of the Snapdragon 898 SoC designed by Qualcomm. With a 20% increase in performance, the chip is expected to launch using Sammy’s 4nm process node. This component will be released early next year in time to be used on the U.S. version of the Samsung Galaxy S22 series. During the second half of 2022, Qualcomm is expected to return to TSMC to produce the enhanced Snapdragon 898+ using the latter’s 3nm process node.