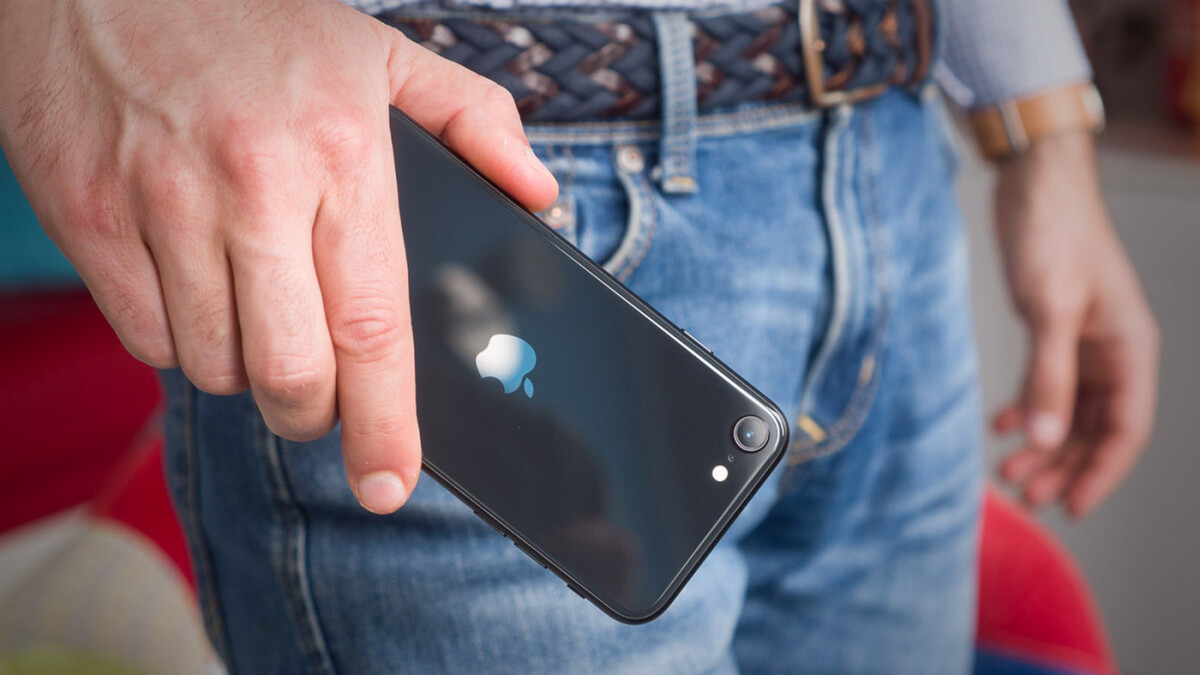 is still the cheapest iPhone that you can buy from Apple, but how is it holding up in 2021, can it really rival much newer phones and isn’t it better to just wait out for the successor?

To answer the last question first, latest rumors say that the next generation iPhone SE is expected to arrive only in the middle of 2022, which is about a year from now, so waiting is not really an option.

So… the iPhone SE that we have currently launched in April 2020 with a flagship-grade processor then, the Apple A13 Bionic, which was unprecedented at this price point. This processor might be a bit old now, but it is still considerably faster than your run of the mill $400 phone. For example, the newer and actually a bit more expensive Galaxy A52 5G runs on the Qualcomm Snapdragon 750G, and scores around 600 points in single core performance and up to 2,000 points on the multi core GeekBench test. The iPhone SE? It has double the scores! That is really impressive.

And if you look at gaming, the performance advantage is just evident: running the 3D Mark game benchmark for 20 minutes reveals that the little SE maintains higher frame rates than much newer phones. The difference is massive.

iPhone SE at the top averages more than 8fps, while A52 at the bottom runs at 2-3fps on the 3D Mark Wildlife benchmark

So in terms of performance, despite being 1 year old, the iPhone SE is still considerably faster than the competition. And I can confirm this in real life, the phone hasn’t slowed down and doesn’t stutter, everything just flies and opens very quickly.

But what about battery life?

The weakest spot of the iPhone SE ever since its launch however was never performance, it was the battery life. Equipped with merely a 1,800mAh battery, it is holding up fine for social media and browsing the web, but if you watch videos or play games or music on your phone battery life just starts melting incredibly quickly. Our battery tests only confirm that, take a look at the massive difference:

A year of use hasn’t knocked down the battery in a huge way, but I can see how one more year and battery life will become truly problematic. On this front, the competition runs miles ahead of our hero: the Galaxy A52 5G delivers a 2-day battery life, and new OnePlus N series phones also last quite a bit longer, so for heavier users the iPhone SE looks even less appealing in 2021. If you don’t use your phone heavily, though, you will probably still be fine.

So what about the camera? I have been pretty happy with it. If you want to record 4K videos on a budget phone, the iPhone SE is your best option. The camera captures stable footage with great dynamic range and detail, very similar to a flagship phone and it’s still far above rivals. It’s just one camera though, so you don’t have an ultra-wide lens which I have found convenient to record my workouts at home and to take photos with a more epic look.

Overall, the camera is a solid A minus at this price range, great for video, but not very versatile and particularly lacking in low light shots. Ultimately, it’s a good shooter for daylight shots, but if you want an ultra-wide camera and night shots, the Pixel 5a or Galaxy A52 5G seem like better options.

In the example above, there are some differences, but they are not massive.

It is in low light where the iPhone SE shows its age as it cannot capture as much light as newer phones, like the Pixel 5a above.

Finally, let’s talk about the next generation SE because we all know it’s coming. The latest reports agree that there will be no new SE model in 2021, and Apple will only have a replacement model ready in the middle of next year. That new iPhone SE 2022 version will get 5G support and a faster chip, and will be advertised as the “cheapest 5G iPhone ever” which is exactly… what nobody asked for! Simply because connectivity was not really the issue, it was battery life which was the biggest concern of iPhone SE users.

So… should you buy it?

So… with all of that, should you buy the SE as it is right now in 2021? I would say that this phone has frustrating battery life for heavier users and no, those people should not buy it. If you want an affordable iPhone with great battery life, your best option is the iPhone 11, which is also admittedly a much bigger phone. For everyone else who just wants a simple and compact phone that they will use only occasionally, the iPhone SE is definitely still worth buying in 2021, especially if you find a good deal on it.

I also have to point out the unique advantage of this here iPhone SE: the truth is that most budget phones these days are quite big and bulky, and the SE remains among very few truly compact devices that you can easily use with just one hand. So if you want that classic iPhone look with a button and that thin and lightweight design, go for the SE.

Do you happen to own the iPhone SE? Looking forward to hear your experience with it and whether you would recommend it, and you can share those thoughts in the comments section below.