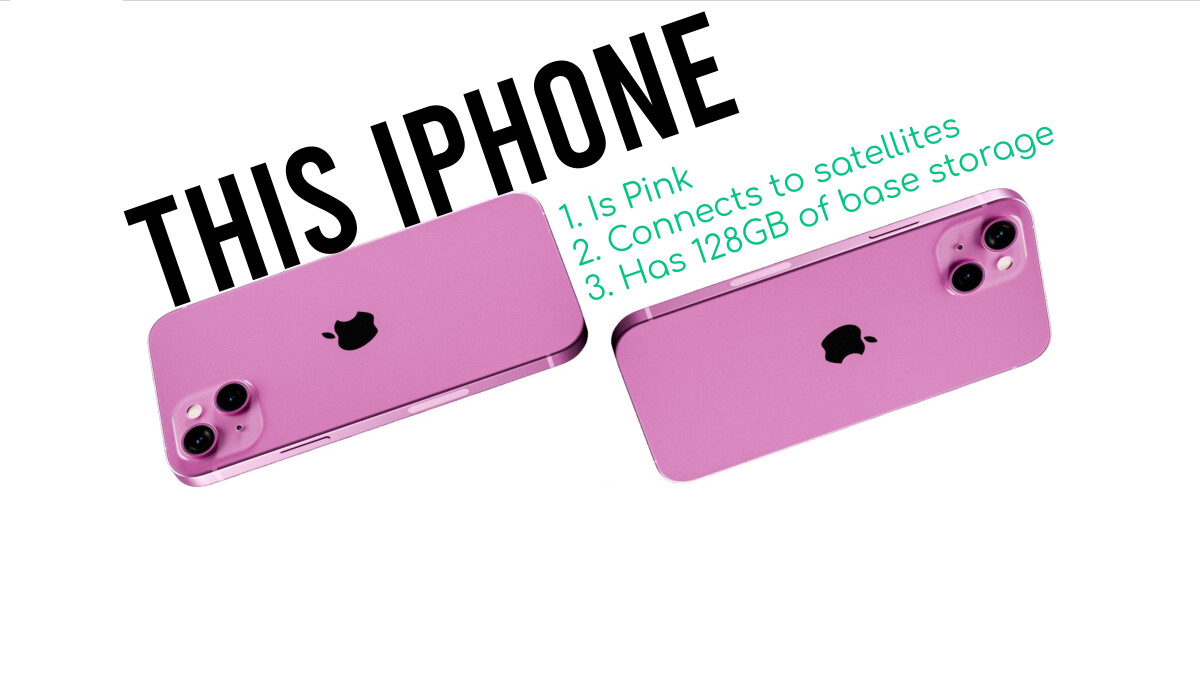 Well, it’s sort of unbelievable, but true. Last-minute info from the reputable tipster, Ming-Chi Kuo, says Apple is finally ready to drop the 64GB iPhone! That’s right. iPhone 13 and iPhone 13 Mini are expected to keep the same price as iPhone 12 and iPhone 12 Mini but come with 128GB of base storage instead of 64GB as before.Why is this exciting? Well, first of all, this is just another overdue upgrade for Apple, so we can’t say Cupertino’s making history – technically speaking. However! For the end-user, this change might be more monumental than you realize.

The first 64GB iPhone was introduced back in 2011 – the iPhone 4S, which at the time was the most expensive model, with the most storage. Three years later, we got our first 128GB iPhone – the iPhone 6. Since then, Apple’s been treating the 128GB option as “Pro” or “premium” – you could have it on the standard models if you were willing to pay more.10 years after the introduction of the 64GB iPhone and seven years after the first 128GB iPhone, Apple seems ready to move on and give users double the storage for the same price.

Why is Apple ditching the 64GB iPhone to give you a 128GB base model iPhone just now?

As already mentioned, Apple takes its time with certain upgrades that otherwise seem very basic/minor from, let’s say, an Android user’s perspective. Storage is just one of them. However, like many other things in a company as big as Apple, this decision seems to be way more strategic than it seems at first.You might think that Apple’s finally decided to become more generous, and while this checks out, there are a few other good reasons for a 128GB iPhone 13:

One small step for iPhone, one giant leap for Apple’s… sales?

As you can see, all Android flagship phones come with at least 128GB of storage as default. A few interesting things that we can take away from this chart:

An NM card will set you back about $40 / £35 / €35, which is much, much cheaper than having to buy a new phone because you’ve run out of storage (given that you can’t bother to back up or don’t want to pay for cloud storage). In fact, just the peace of mind that a phone with expandable storage gives you is enough of a feature. Too bad Huawei is very… banned to be considered competition.

In the end: The future of iPhone storage options

The 128GB $699 iPhone 13 Mini and $799 iPhone 13 are huge news for Apple users and even Android users who consider switching to the iPhone. It’s not as big of a reassurance as a micro-SD card/ NM card slot, but it’s fair to assume that 128GB of storage will be plenty for most users.It’s important to note that while the iPhone flagships have now caught up to Android flagships when it comes to storage, Apple’s budget iPhone SE’s future in that regard is still uncertain. The iPhone SE (2020) starts at 64GB, and it won’t be a shock if the upcoming iPhone SE 3 keeps it low too.

I guess we’ll have to wait and see! Meanwhile, warm up your microwaves, and have your popcorn ready to go for tomorrow’s “California streaming” event, where Apple is expected to reveal the iPhone 13 series, Apple Watch 7 series, and AirPods 3! Oh, yes – seems like we don’t get any iPads in September.