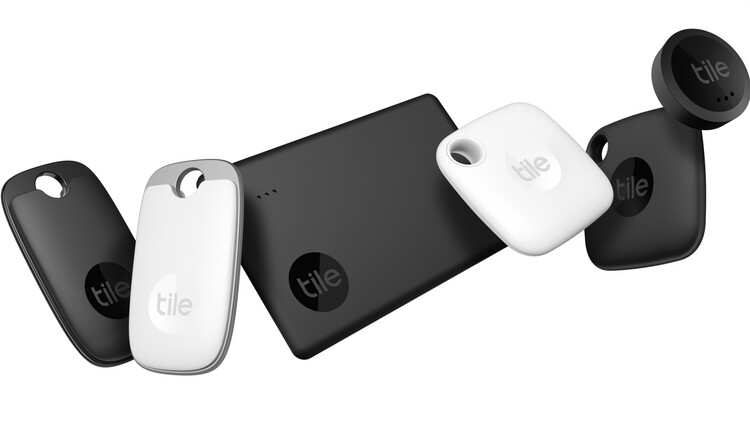 Tile is an OG in the world of Bluetooth trackers, and for a long time, it remained mostly unchallenged in its popularity. In 2021, the company met its match in the face of Samsung’s Galaxy SmartTag+ and Apple’s AirTags.Maybe because of the heat from the competition, or simply because it is time for an all-around upgrade, Tile has released the next generation for each product from its line-up: Sticker, Mate, Slim, and Pro.

Tile has some even more exciting news, however, in the form of an ultra-wideband (UWB) tracker that will allegedly rival the accuracy of its competitors.

The new Tile Sticker has received a 67% range boost or up to 250 feet. It also has a louder speaker, an IP67 certification for water and dust resistance. As with older versions, you can stick it to any type of dry surface, and it will stay there until the 3-year, non-replaceable battery can hold out.You can get the Tile Sticker either in a pack of two for $50, or a pack of four for $98.

The Tile Mate 2022 has also received the same range boost of 250 feet and a louder speaker. The IP67 certification has remained from the previous generation, but the same could not be said for the battery, which is now a 3-year, non-replaceable one.The new Tile Mate also gets a new imprinted QR code on its back, which can be scanned to get information about the owner’s contacts.

The new Tile Slim does not change much visually but gets all of the upgrades mentioned with the models above. It is now a bit larger, has the same upgraded 250 feet of range, a QR code, and probably most important of all—an IP67 certification. Its battery is, again, a 3-year, non-replaceable one.

Unlike the Tile Slim, the new Tile Pro has received the most drastic change in appearance out of the whole line-up. It now looks like a car key more than anything else. Differentiating it even more from the rest, it has a maximum range of 400 feet and has a replaceable 1-year battery inside.You can get the Tile Pro 2022 for $35, a pair for $60, or four of them for $100.

All of Tile’s new Bluetooth trackers are available on its website right now.

A Tile Ultra is also coming

Tile has also teased a release of the so-called Tile Ultra, which will come with UWB that will resemble the augmented reality tracking option seen with Apple AirTags and Samsung SmartTag+.

Tile has promised that the Tile Ultra will arrive in early 2022 and has stated that it is working with Google on optimizing the service for Android 12. Tile has not made any comments on cooperation with Apple, however, the feature will be available for iOS users as well.